I've got four maps from about two weeks ago (sorry...forgot to post this in a timely manner) to give us some visuals that may help gain clarity on this issue. This is not about the issue of illegal immigration - I've written in other places about the importance of having borders maintained by people who love order, justice and mercy.
This is about making accurate observations in the pursuit of truth when it comes to why COVID-19 is surging right now.
The first two maps have to do with illegal immigrant concentration in states and cities. This data is hard to find in "real time"; these are the latest official statistics I could find. 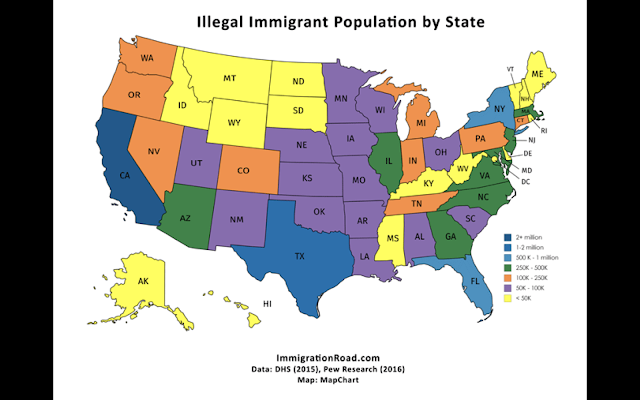 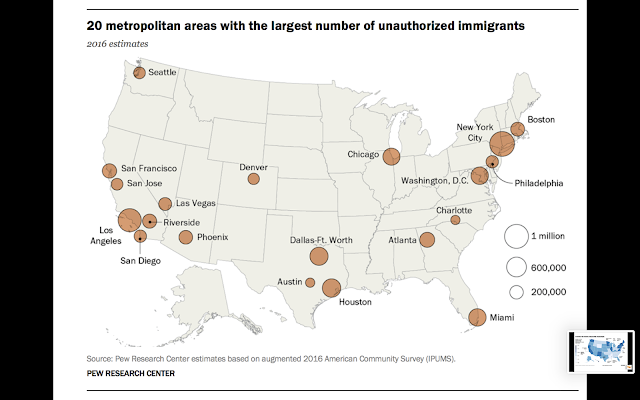 Third map: the places where COVID-19 was hot as of early August. 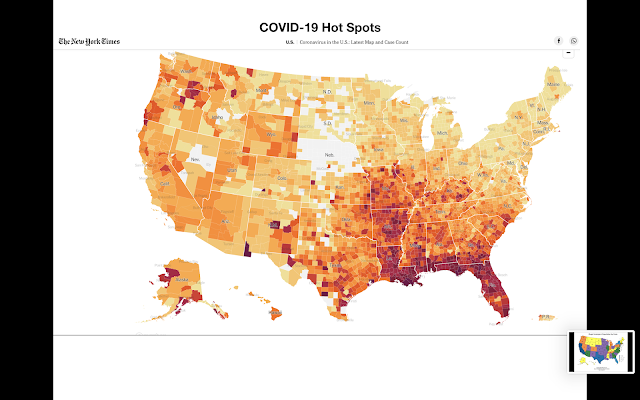 Simply put, COVID-19 numbers do not correlate cleanly with the illegal immigrant population.
If illegal immigrants as a group constituted the population of a state, they would rank between 10th and 20th (12%-18%) in COVID positivity (FEMA said it was 6% back in March). Mississippi, Idaho, Oklahoma, Iowa, Arkansas, Georgia, Kansas, Tennessee and Texas would all rank ahead of them. Kentucky, Louisiana and Missouri are are over 15%. 12% -18% is not a good stat to be sure, but singling out immigrants  who have been released to local health departments as the cause of outbreaks when there are pretty solidly in the middle of the pack is pretty myopic. There is clearly more at play.
So.....maybe this is a multifaceted issue?  I think we want an easy villain as to why this keeps dragging out, but the reality is that there are a lot of factors.