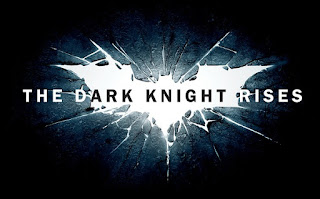 I remember a radio ad  that featured the voice of a young girl commenting on an abrupt change in her life: “When my brother committed a gun crime, he sentenced me to 5 years of walking home from school alone.” Some people complained this was just another anti-gun ad, but I think they missed the broader point. We forget how our lives intertwine with the lives of others; when we choose selfishly, someone must manage the fallout. It's not enough to shrug and say, "I'm sorry I ruined your life."

Ted Haggard was a very prominent minister in a huge church in Colorado Springs until it became known that he had been living a secret life of drug use and sexual sin. At one point during an interview the following exchange took place:

At the time of this interview, Mr. Haggard was so busy grappling with his life on a purely personal level that he forgot his decisions effected his wife, his kids, his church, the reputation of God's people - and by implication the reputation of God. When he told a reporter that his life was returning to normal,  his teenaged son said, "I don't think our family has a normal anymore."

We are image-bearers of God, and who we are individually matters. What we do has signfincance.  But if we only think of ourselves, we miss the broader context of life. "And me," said Mrs. Haggard, poignantly. She understood what her husband did not. For every personal success or personal failure, there are others standing next to us saying, “And me. Your life is intertwined with my life. Don’t forget me.”

The Dark Knight is a flawed superhero; he stays in the shadows for more reasons than stealth.  But in this case he refuses to shrug away the world, choosing instead to offer everything for the sake of others. That's one way to rise above the darkness of the world.
Posted by Anthony at 11:43 AM