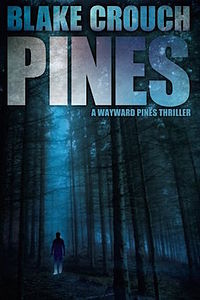 Ethan has been brought to Wayward Pines, a city thousands of years in the future that is the lone human outpost in a world that has gone to hell in an evolutionary hand basket. Though he is there against his will, he realizes it’s a second chance to become the husband and father he never was - if he can survive the reality of the world in and around Wayward Pines. 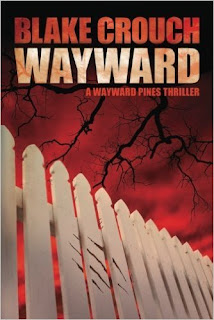 Wayward Pines exists inside heavily barricaded walls which separate the people from monsters called Abbies (short for aberrations). Several thousand years of evolution has turned humanity into brutal, primitive, predators whose only similarity to us is a shared history. It's unfortunate, but it was inevitable.
David Pilcher, the scientist who built Wayward Pines, notes:

“Nature doesn’t see things through the prism of good or bad. It rewards efficiency. That’s the beautiful simplicity of evolution. It matches design to environment. In trashing our world, we forced our own transformation into a descendant species from Homo sapiens that adapted, through natural selection, to survive the destruction of human civilization. “

Humanity survived the destruction of human civilization by leaving their humanity behind. Pilcher, whose scientific brilliance is surpassed only by his God complex, built Wayward Pines as an ‘ark’ in anticipation of this evolutionary devolution. He in essence froze people for thousands of years, then awakened them to reconquer and repoplulate the earth. Unfortunately, Pilcher is as much as product of the merciless march of evolution as are the Abbies – his descent just happened in his soul. Nature, red in tooth and claw, has done its merciless work. Now Pilcher is doing his – for the sake of humanity, of course. When Ethan challenges his megalomaniacal control, Pilcher lets him know in no uncertain terms how he viewed his role:

“Lucifer led a band of angels in revolt against the Almighty, and I want to ask you a question now… how’d that turn out for them?”

“You’re a sick man. These people deserved their freedom.”

“I will share with you that it did not turn out well at all. Do you know what God did to them? He cast them out. He created a place called hell for Lucifer and all his fallen angels.”

Ethan said, “And who am I in this fairy tale? Lucifer? And I suppose that makes you God?”

When Ethan finally knocks Pilcher from his pedestal, Pilcher rages, “I created a paradise for you. Heaven on earth. I’m your God ! And you have the audacity to kick God out of heaven!”

Ethan responds, “I think you got your scripture wrong. God didn’t get exiled. It was the other guy.”

Would I recommend Wayward Pines? Well, the reader has to wade through a fair amount of adult elements (language, violence and sex). Some of it contributed to the plot and power of the story; other times it felt gratuitous. However, Wayward Pines offers a thought-provoking look at serious issues: the problems of evolutionary ethics; the insidious nature of greed for power; the nature of genuine, committed love; the importance of truth; and the necessity of self-sacrifice, honor, and integrity. The plot was creative, and the ending was both unexpected and right (not forcing a happy ending, but not wallowing in despair either). 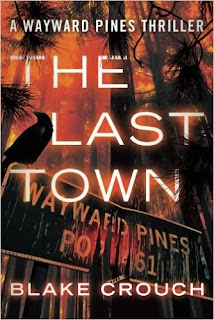 Wayward Pines gives the best a humanist approach to life has to offer - we are the answer to the problem of ourselves if we can commit together to saving ourselves. It identifies the problem clearly (broken human nature), then offers an oddly incongruous solution – human nature. Humanity is devolving – until it’s not. How do we save ourselves from ourselves? By being…ourselves, just better?

It’s not that I disagree with the author about what characterizes good people, and I appreciate a story that reminds us of the necessity of an ethical commitment to doing what’s right in the process of becoming a better kind of person. I just don’t think Wayward Pines offers a reason to believe that we won’t all end up as Abbies given enough time. After all, whatever human traits that led to the Abbies are still embedded in the survivors. It's just a matter of time.

Nonetheless, the series gamely offers hope that there is a way out of the wayward places in our lives even in the midst of pain. Flawed people rebuild their lives; people full of grace help that rebuilding process. Good people do not simply give up even when faced with the greatest of evils. Life – real, genuine, living – is characterized by truth, faithfulness, forgiveness, courage, and community. That's not a bad message for those who find themselves in wayward places.
Posted by Anthony at 12:24 PM