Why You Can Go To Walmart But Not Kohl's 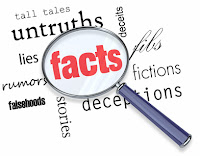 I saw this meme posted yet again the other day, and I decided rather than just taking my blood pressure meds, I would work at offering responses with links to sources where possible.

Some of the questions in this meme are valid; some are not. Some just didn't need to be asked in such a conspiratorial way, as the answers were easy to find.

#1. Why can you go to Walmart but not Kohl's? Because clothing retailers and department-store chains are “non-essential”.  See also #11.

#2. Why the Dollar Store and not a mom-and-pop shop? Being essential vs. non-essential is not about size. It’s about what’s being sold. See #1 and #11. Stores are not closed simply because they are mom-and-pop stores. If there is any restriction because of store size, it will have to do with the ability to practice social distancing within the store.

#3. Why can't you have an elective surgery, but you can have an abortion which is elective? That’s a really good question.

#5. Why can't kids (who are not at risk) play on an outdoor playground, where sun kills this virus? Sunlight helps a little – in combination with heat and humidity, but it’s not that significant. It slows the virus, but doesn’t wipe it out.  UV light needs to be much higher than what is in sunlight.  The kind of UV light used to kill viruses doesn't make it to the earth's surface. Worth noting: all climates are getting nailed by this. People are getting infected in sunny, hot places too.

As for kids playing on playgrounds, it's become clearer that the virus does not spread effectively on surfaces, so that does not seem to pose much risk at all. Breathing on each other: that's the issue - not for them, but for those to whom they could carry it.

#6. Why don't people know that these are "recommendations" not laws because they have not gone through due process?  A recommendation is only that, of course, and I for one have never been confused. As for executive orders:

“The authority for governors to issue executive orders is found in state constitutions and statutes as well as case law, or is implied by the powers assigned to state chief executives. Governors use executive orders—certain of which are subject to legislative review in some states—for a variety of purposes, among them to:

For state by state information on the power of governors to issue executive orders, see “Gubernatorial Executive Orders: Authorization, Provisions, Procedures” (Table 4.5, The Book of the States 2019, source: The Council of State Governments). https://www.nga.org/consulting-2/powers-and-authority/

#7. Why is it okay for government officials to get a haircut, but not common citizens?  It’s not okay. I have not seen anyone defend that except the politicians who get caught. Duplicity in politics has been a thing for a loooooong time.

#8. Why the fear, when this virus has a less than 1% death rate? I assume this is meant to be a comparison to the flu.

In 2017 in the US (last year with official stats), 55,000 people died of the flu/pneumonia from a full flu season with no PPE and social distancing (that’s higher than the average yearly flu deaths in the US). We will pass 100,000 this week in half the time with PPE and social distancing. It's valid to ask when our reaction has been an overreaction, but it's clear this is more than the flu.

#9. Why have coroners questioned death certificates listed as CV-19? For the same reason coroners question other kinds of deaths: there are comorbidities or multiple reasons people might have died. People die of COVID-19 who also have other life-threatening illnesses, and it’s not always easy to tell if COVID or another illness killed them. It’s not a conspiracy. Here’s a coroner explaining the method.  The Philadelphia Inquirer explains why it can be tricky.

#11. What makes one person essential and another not? That’s a good question.  Categories will almost certainly be revised if these lockdowns become a "rolling" reality. It’s not a label on someone's value as a human being, of course. It means that if they stop working, the businesses deemed essential can’t run. I think the bigger question might be why are some businesses excluded from being deemed essential. Here’s a thorough list of "essential."

#12. Why are they dividing us? How are they dividing us, exactly? And who are “they”? I’m assuming this is meant to implicate politicians and national news organization. If that’s happening, I guess the answer will be the same as it has been since 1776: partisanship and power.

#13. How do people not know that we are a Republic, not a Democracy? Not sure what this has to do with the coronavirus.

#15. Why do the homeless consistently demonstrate the lowest infection rates? They are outside.  It hits them hard if they are in shelters, which is why a lot of shelters have closed.

#16. Why are they telling us to mask up after 2 months of lockdown? Because "they" are increasingly realizing the importance of stopping our breath from unknowingly spreading the virus.

#17. Why is the CDC saying kids need to be masked when they return to school or attend church, when they know cloth masks restrict oxygen?  First, I’ll fix the question: “Why is the CDC recommending kids wear masks when they are in groups of people outside the home?” Now the well isn’t so poisoned. Simple: to stop them from spreading the virus with their breath. You might not think masks are effective, but that's the reason.

Don’t wear the masks medical personnel wear (specifically n95), because these filter so thoroughly they can cause problems over long periods of time. Assuming kids have normal health and you give them a mask designed for them, their health will be fine.

#18. What is this oppression and loss of liberty doing to the mental health of our kids...to us? I’ll rephrase the question so it can more accurately raise an important point: :“What is social isolation doing the mental health of all of us?” That’s a good question.  This is a serious issue. You could also add what will happen if unemployment and poverty take a tremendous spike.

#19. Why have most other death rates dropped since the virus? I can’t find info online that suggests this is true.  I can’t even put in a link because I literally can’t find an article talking about this. If you have some info, share a link.

#20. Why did world leaders meet in China in October 2019? Google it. There were a bunch of meetings with a lot of world leaders throughout 2019 because China is a superpower. You can read about them online. There were also meeting here, and in other countries… I think this is suggesting something nefarious, but I don’t know what. If it has something to do with the lab in Wuhan, the lab has been going for a long time, and scientists all over the world go there to study coronaviruses. If that’s a secret, it’s a poorly kept one. The Wuhan Institute of Virology was founded in 1956.

#21. Why are the common people being controlled by the government and no one is controlling the government? The government has controlled people since it started. That’s what government does. The US was set up to balance powers and give people a voice. Those things are still in effect.  See “lawsuits.” Worth noting: a court in Michigan just ruled that Governor Whitmer's orders have been constitutional. We will see if this makes its way up the court ladder.

#22. Why are hospitals paid more for Covid 19 deaths? I think they mean to add "than flu deaths." Because they cost a lot more to treat than the flu.

#23. Why are some doctors speaking out and then getting silenced? It's either a) because "they" are conspiring against them or b) because they are wrong, perhaps even dangerously wrong. I'm not going to change your mind if you lean one way or the other.  Worth noting – they are not being silenced by the government, so... not Orwellian.

#24. Why did Obama give the Wuhan lab $334 million dollars? The idea that there is something scandalous here is a misrepresentation at best.  Once again, go to the Wuhan Institute of Virology and check out their international partnerships page. Nations and leaders have funded and worked with them for years because the work that happens there is important.

#25. What does a computer geek have to do with a pandemic and why does he want 7 billion corona virus vaccines? Because he runs the Gates Foundation, and vaccines are a huge thing for them, because vaccines save lives. Also, the Gates Foundation will not profit from a vaccine.

Worth noting: Gates wants the world's population to go down. He is a fan of vaccines because when vaccines are introduced into countries where the child mortality rate is really high, parents gain confidence that their children will live, and they have smaller families. He does not promote vaccines to kill kids, like I have seen suggested in other memes. He promotes vaccines because the safety they bring lowers family size. I think his worry about population is misguided, but he is not trying to lower the population by killing kids through vaccination.

#26. Why did the CDC have a job posting for pandemic relief workers in November 2019? Because they hire workers for that reason all the time.

#27. Why did Dr. Fauci say in 2017 that the Trump administration would be faced with a " SURPRISE PANDEMIC" and then runs the pandemic team? He said it at a conference about pandemics, which are often a surprise (not the conference, the pandemics). Many of other people were saying similar things at that time – I mean, a LOT of books and articles have been posted about this for years. They know what they are talking about.  And Fauci runs the team because he's been in the business for 30 years.

#28. Why are they infringing on Christian and Jewish religious freedoms? They aren’t.

#29. Why can people shop at Lowes or Home Depot, but we are not allowed to go into a church building? Because #science. They also aren’t allowed to eat at restaurants yet, or go to concerts or sports events, because the virus looooooves to spread in enclosed areas where people sit for a while. It has to do with air flow and how the virus builds up in your system.
Posted by Anthony at 9:43 AM