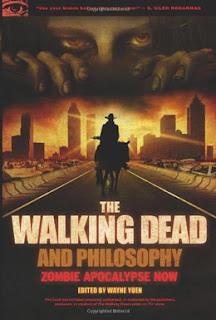 Adam Barkman (“I Don’t Think Those Rules Apply Anymore”) begins by making a distinction between natural law and universal moral law. He defines natural law as “the sum of general moral principles…which all rational beings have the capacity to discern.”

These laws exist prior to and independent of human government or agreement. But natural law is not enough; one needs virtue, the ability to gather all the moral principles that impact a particular case, in order to decide the proper course of action.

The basic idea behind natural law is that unnatural actions will be self-destructive. Something is bad when it “isn’t functioning according to its general design plan, whereas an evil thing is, strictly speaking, something willful which chooses to act against what is natural or just.” Natural actions (that which participates in the good, as Aristotle would say) will be beneficial. Elizabeth Rard (“Dead Ends”) notes the implications that follow from these contrasting ethical position:


“Do these moral values exist objectively, or are they something invented by man? If they’re objective, the apocalypse… will not change the fact that doing X is wrong. If they’re invented… perhaps there really is no reason to be moral people at all.”

Tauriq Moosa (“Babes in Zombie Land”) forsees an apocaplypse in which our invented moral “X’s” will no longer necessarily be wrong:


“We can’t assume that any action is by definition wrong. Our focus therefore is on an action that appears obviously good or beneficial: surviving. To be consistent, we must ask: if killing can be good and justified, perhaps surviving can be bad and unjustified?” 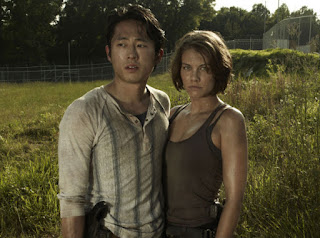 To explain his affirmative response to his own question, he examines the case of Maggie and Glenn’s desire to have a child. He writes:


“It’s hard to conceive of anything worse for survivors to do than to make children suffer along with them…What reasons could there be for making another mouth to feed and another body to protect... [they] have a moral obligation not to have children.”

Wayne Yuen (“What’s Eating You?”) disagrees.  He thinks the moral status of “X” will survive the apocalypse: “To say that survival is a good reason to throw out ethics, is like saying, ‘I’m exempt from being moral whenever my life is threatened.” Moosa and Yuen's competing understandings of morality have real world consequences. Moosa’s conclusion ("They have a moral obligation not to have children") led him to this remarkable claim:


“Our world is just as dangerous as Maggie and Glenn’s world. This means the argument against Glenn and Maggie having children apply to us, right now.”

That’s a huge analogical stretch.  None of us are surrounded by cannibalistic zombies (though Jersey Shore may yet take a bad turn). Most of us live in a world where there is a social net of some sort to help those who struggle (community, family, church, government, etc).  There is no real world  equivalent to what Maggie and Glenn are experiencing in the show.

However, the poor comparison is not my biggest concern.  Moosa is suggesting that some parents have a moral obligation right now to abort, since the child will be forced to participate in the danger and hardship of the world into which it is born.  But has that not been a challenge throughout most of human history?  How many eras have been so calm as to lead us to believe that the world is an easy, pleasant place in which to bring new life?

Perhaps one could argue that the upper classes, the politically and economically powerful, have had that luxury. Let’s stipulate for the sake of discussion that money and power are sufficient to create a sufficiently good life into which children can be introduced without guilt.

Does that mean that the most noble of the poor and oppressed throughout history ought to have aborted their children, while the wealthy and comfortable ought to have been the ones who had theirs?  Would the downtrodden have actually been immoral every time they brought a child into the world? That’s a troubling perspective. 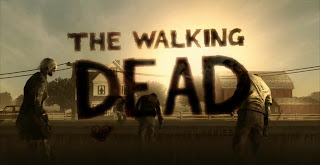 Yuen notes, “Nothing is more frightening than desperate human beings.” That is frightening, true. What frightens me more are human beings who, with great articulation and artful rhetoric, try to convince us that killing children is defensible because select, elite thinkers have decided on behalf others how much suffering is acceptable, which human lives are defensible, and to what degree we should harden our hearts for the sake of a nebulous and ever changing greater good.