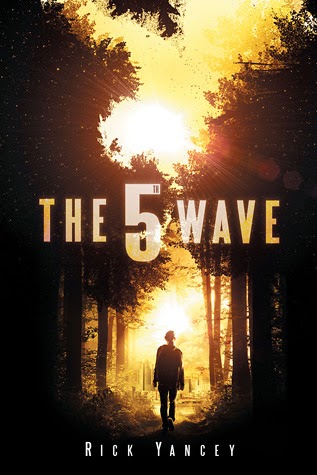 Life is hard
The 5th Wave features Cassie, a young girl who has learned to do what it takes to survive. In moments of clarity, she mourns the Cassie who used to be:


“She was just okay. Okay in looks. Okay in school. Okay in sports like karate and soccer… When I cry – when I let myself cry – that’s who I cry for. I don’t cry for myself. I cry for the Cassie that’s gone. And I wonder what Cassie would think of me. The Cassie who kills.”

I wonder how many Cassies cry over the life they have lost?  One does not need waves of an alien invasion to destroy innocence. A pornified, objectified culture is a wave that crashes into young ladies too.

A good family is a gift
The 5th Wave contains a powerful and pervasive sense of the importance of family. Cassie remembers how much her dead father and missing brother annoyed her – and longs for them. Her mother's death rocked her. When the alien attacks reduce her family to just her and her brother, she is willing to risk her life for him.

As is the case in a lot of YA literature, the power of the family is seen mostly by the impact of its loss (as Yancey himself has experienced). No wonder this resonates – 50% of marriages in America will end in divorce, and 43% of children in the US are being raised without their father’s presence in their lives.

"Being human" is not reducible to biology
The aliens are attempting to map the human psyche (qualia, to use a fancy term) so they can undo and remake people into something else entirely:


“Is this the Other’s ultimate goal, the wave to end all waves, stripping our humanity down to its bare, animalistic bones, until we’re nothing but soulless predators doing their dirty work for them, as solitary as sharks and with as much compassion?”

Yancey has clarified the main point of the story: "When everything else is stripped away, how do we define ourselves?"

The question of God's existence matters
Sammy asks why God doesn’t help; the best Cassie can offer is, “Maybe he will.” Her promise to keep him alive is a promise to do what God apparently won’t. She sobs over Sammy’s innocent and naive prayers to God for safety and isn't afraid to shout, "God? WTF?" And yet... she can’t stop wondering if God keeps his promises.

Yancey treats Sammy's innocent faith with respect. When he is conscripted into a brutal army, he gets his squad leader to pray with him at night. And as the prayer unfolds in one of the more poignant moments in the book, the mockers grow quiet.


“Our voices slow on the last stanza. Like we’re reluctant to finish because on the other side of a prayer is the nothingness of another exhausted sleep and then another day waiting for the last day, the day we will die… We will die, but at least we will die unbroken. ‘And if I should die before I wake, I pray the Lord my soul to take.’”

Let’s be honest: this tension of doubt and faith God is not unusual, even for those who profess faith. I don’t know where the series will go, but at this point it seems like a realistic reflection of both disillusionment and hope.

There is a difference between right and wrong
Cassie notes, “You can only call someone crazy if there’s someone else who’s normal. Like good and evil. If everything was good, then nothing would be good.”  Hmmm. That’s basically a restatement of C.S. Lewis’s claim that he only understood crooked (evil) because he understood straight (good).

In spite of an increasing moral relativism in our culture, I think most people instinctively (and rightly) know this is true. One need not agree with where Mr. Yancey draws every line to agree that one needs a foundation for doing so.

I can save others
Cassie notes that Evan, the Silencer sent to kill her, actually saved her life.  His response? “I didn’t save you…you saved me.” He doesn’t mean sexually or even relationally; she reminded him what it means to be human, and now he cares enough to fight for her.

This is my main criticism of the book. I understand that there is something very appealing in the idea that we can save others, but it might not be the best message to send to a YA audience. In the real world, this kind of relationship becomes unhealthy quickly. The boy might feel saved, and the girl might feel super good about saving him, but this kind of relationship rarely ends well. I think there would have been way to note the power we have to bring out the good in others without the pressure of being a savior.

It’s interesting how the popular stories of our culture are often at odds with the messages of the culture itself. Superbowl halftime shows and the VMA send a message that a woman's have worth is intertwined with performance and desirability. Defenders of pornography claim it empowers women even while it reduces them to objectified servants of lust. Popular biologists claim we are no more than moist robots, puppets, bags of chemicals fully explained and determined by genetics and environment. Stable, two-parent families are increasingly dismissed as unnecessary or even stifling in spite of the wealth of evidence showing their importance.

That would be more than a good story; that would be a good life. Kudos to Mr. Yancey for reminding us.

Email ThisBlogThis!Share to TwitterShare to FacebookShare to Pinterest
Labels: aliens, The 5th Wave, YA literature, Yancey