Flesh and Bone, Fire and Ash: Jonathan Maberry’s Storm Lands of the Soul 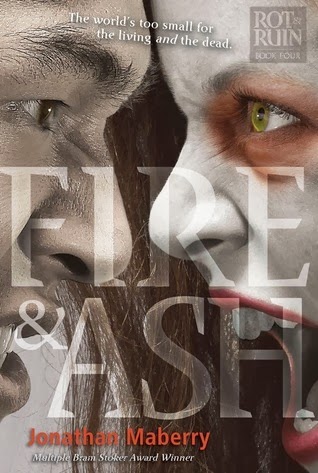 Of the many quality YA authors right now, you should be reading two in particular: Neil Shusterman and Jonathan Maberry. They offer great characters, intense story lines, philosophy, ethics, honor, love, and sacrifice embedded in books that will make you reset your alarm.

Let me be clear: Shusterman’s Unwind and Maberry’s Rot and Ruin are disturbing. Some scenes will haunt you. But it is the unsettled, not the comfortable, who are inspired to be better people in a world in need of  goodness and hope.


I’ve reviewed the first two books in Shusterman’s trilogy (Unwind and Unwholly) as well as the first two in Maberry’s series. This post will look at how Flesh and Bone and Fire and Ash take a great story and make it better.

The beginning of the series established Tom Imura as a genuine hero.  Though his presence is minimal in the last two books, we learn in flashbacks that he was a even better man that we knew. When Lilah, a young teenage girl, attempts to seduce Tom, the story takes a fantastic turn that is increasingly rare in both fiction and real life:

“I love you.” In the novels she read, that usually did it. Tom’s response was not what she expected.

“What does that matter… “

“Lilah, you are my friend. You’re a very pretty girl, no doubt about that. You are strong, and intelligent, and lovely, and you care about people. All of those are amazing qualities. If I was Benny’s age, I have no doubt that I would be one of a hundred boys who would fall head over heels for you. But that’s not going to happen, for a couple of very good reasons.

First, I am an adult and you are a teenager. So there are all sorts of legal and moral issues right there, and I’m not the kind of guy who’s ever been interested in crossing those lines. Not now and not ever.

Second, even though it’s a self-appointed role, I’m charged with protecting you. That means I have to advise you against making the wrong kinds of choices. If you came to me and told me that you were in love with someone else, some other adult, I’d give you the same advice: Don’t do it.

And third, and most important of all – I don't love you like that, Lilah.”

Well done, Tom. It takes a person whose soul is without rot to recognize there is more than one kind of ruin - and protect yourself and those around you from it.

Tom taught his protégés a warrior code that values integrity, justice, compassion, and an obligation to fight for goodness. He didn’t like violence. He just knew that good people do not have the luxury of doing nothing when faced with evil. He cautioned Benny and his friends, “If you wish for peace, prepare for war. We train ten thousand hours to prepare for a single moment that we hope will never come.” 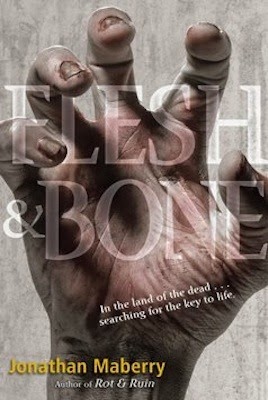 Captain Joe Ledger is a warrior, but his code of honor has taken a hit over the years. When he asks Benny what he is willing to do to fight the brutal leader of the Reapers, Saint John, Joe reveals a philosophy at odds with Tom’s:

As the final battle with the Reapers is about to unfold, Benny turns to Chong and says, “This is the line that Captain Ledger was talking about. We’re about to become monsters.” It’s a concern shared by other YA authors. The Hunger Games, Unwind, and The Drowned Cities offer thought-provoking stories featuring heroic teens who are compelled to fight evil. But what lines cannot be crossed? At what point do we become part of the moral ruin against which we fight? Are any fights just, or do they all make us participants in the decay of the world?

“You want to talk about a line? They raided Sanctuary and slaughtered monks who never did anything but help everyone they met, and they killed sick people who couldn’t even lift a hand to defend themselves. And they murdered all those little children… We’re not like them. If we’re risking our souls here, it’s to make sure that kind of wholesale slaughter doesn’t keep happening. I’m not saying we're heroes … but we’re not like them.”

I liked how the book takes the fallout of our suffering seriously. The teens in the story endure horrific circumstances and at times must defend themselves in nightmare-inducing ways. These things don’t happen without consequence.

“Sometimes there aren’t words, Benny knew. Sometimes there are hurts so deep they exist in a country that has no spoken language, a place where all landscapes are blighted and no sun ever shines. Benny had left his footprints in the dust of that place… The way Riot wept now was her passport to that country. Nix had been there too. And Lilah. Each of them had wandered alone through that land, refugees among the war-torn desolation of their innocence.

Benny did not tell Riot it would be okay, because it wasn’t. He didn't tell her that this too would pass. The moment would, but the scars would always be there. It was the thing that would always identify them as travelers through the storm lands of the soul.”

Their journey does not end in despair, though they will carry emotional and physical scars. One does not leave the Ruin unmarked. But they have memories of their own integrity and commitment; they have fellow travelers with whom they can find solace and hope; they have helped to usher in new life from the fire and ash of the world.
Posted by Anthony at 8:28 AM

Email ThisBlogThis!Share to TwitterShare to FacebookShare to Pinterest
Labels: Maberry, Rot and Ruin, YA lit, zombies