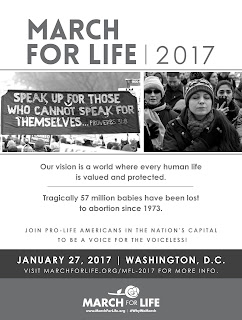 Old Testament
There is no discussion in the Old Testament about what we would call elective abortion (“a legal abortion without medical justification”) because a Jewish mother would not have even contemplated choosing to do this.[1] However, there is at least one specific reference in the Mosaic Law about what to do if someone causes harm to a pregnant woman:

"And if men struggle with each other and strike a woman with child so that the child comes forth, yet there is no injury [premature birth], he shall surely be fined as the woman's husband may demand of him; and he shall pay as the judges decide. But if there is any injury [to the woman or the miscarried baby], then you shall appoint as a penalty life for life, eye for eye, tooth for tooth, hand for hand, foot for foot, burn for burn, wound for wound, bruise for bruise...." (Exodus 21:22-25)[2]

Once again, we don’t see a clear injunction in the New Testament against elective abortion, most likely because the books in the New Testament were written by Jewish people coming out of a culture where abortion simply was not done.[3] However, the humanity of the unborn is once again assumed and supported.
John the Baptist was filled with the Holy Spirit and responded to Mary’s voice while in his mother’s womb; Paul was called by God’s grace while still in the womb.

THE ARGUMENT FROM CHURCH HISTORY

In Judaism, there was a consensus on a number of important things:
However, they did not have access to the scientific knowledge we have now about how the unborn develop, so there was not always a consensus about when that humanity with all its moral status ‘kicked in.’ Some argued that full humanity began at conception, others when the baby was fully formed, others at the moment of quickening, others at viability. [4]

In spite of this uncertainty, there were clear teachings about how seriously they viewed the issue. Josephus (a first-century Jewish historian) stated, “The law orders all the offspring be brought up, and forbids women either to cause abortion or to make away with the fetus.” A woman who did so was considered to have committed infanticide because she destroyed a “soul” and hence diminished the race.

When specifically addressing the issue of abortion, the early Church built on the foundation already in place and unhesitatingly condemned abortion as the killing of an innocent person. The church was now drawing Greek and Roman converts, people for whom abortion and infanticide were considered regular aspects of life, and we see the stated position of the church clarifying as history unfolds.
Throughout early church history, there is a consistent message: abortion is the taking of human life. In addition, we begin to see clear statements that the body and soul are connected at birth, and that life begins from the moment of conception.

THE ARGUMENT FROM BIOLOGY

I’ve talked before about how the revelation of the Bible coincides with God’s revelation through His creation.  In other words, if all truth is God’s truth, we would expect the Bible and the world, when both are properly understood, to give the same message. In the case of the unborn, we see science and biology bringing clarity to the question of life. There is a clear consensus that life begins at conception.

THE ARGUMENT FROM PHILOSOPHY

Philosophy supports the Biblical narrative, historical Christian position, and biology Scott Klusendorff (Life Training Institute) and Greg Koukl (Stand To Reason) have highlighted the four ways in which an unborn child differs from one who is born (Size, Level of development, Environment, and Degree of dependency), none of which justifies the elective killing the unborn.

Another way of thinking of this is asking the question: Were you ever not you? Of course not. If you were to walk backward through your life history, you would walk back to the moment of your conception.

Environment
You location has no bearing on the value of who you are. Being inside or outside a house changes nothing; being inside our atmosphere or out of it does not change an astronaut’s humanity. In the same way, a journey from inside the womb to outside the womb changes nothing about one’s humanity or personhood. If you are a person when you are born, you were a person the moment before that too.

Even Peter Singer agrees with this. Singer, an ethicist at Princeton, argues that infanticide should be legal for at least a month after birth. That’s a horrible but consistent idea for him. He wrote in his book Practical Ethics:“The liberal search for a morally crucial dividing line between the newborn baby and the fetus has failed to yield any event or stage of development that can bear the weight of separating those with a right to life from those who lack such a right.” [9]

Degree of dependency
Sometimes people cite ‘viability’ as a marker for when the unborn should be considered human. But newborns and toddlers are hardly viable in the truest sense of the world. They must be fed and cared for by someone else. Is Peter Singer right? Should parents be allowed to kill children until they are independent in terms of their need for basic sustenance? No. Your humanity is not connected to your dependency. If it were, people in hospitals would be less human. People at the end of life would be less human. People who are handicapped physically or mentally would be less human. Yes, the unborn depends on her mother, but this says nothing about their humanity and value.[ii]

This SLED acronym actually speaks to a broader pro-life position: no human being – regardless of size, level of development, place of residence or degree of dependence – should be excluded from the community of human persons and the rights and protections that follow.

NOTE: I did not reference any “hard cases” such as rape and incest,[10] serious medical difficulties in the baby,[11] or times the mother’s life is in danger.[12] These are situations that need to be answered carefully, compassionately and truthfully, but they are broader than the purposes of this article.

ENDNOTES
[1] “That an Israelite parent might consider intentionally aborting a foetus seems almost beyond the moral horizon of the Torah's original audience. For in the moral environment where the law was first received, the memory of genocide and infanticide was still fresh [and] every birth was precious.” Lenn E. Goodman, Judaism, Human Rights, and Human Values, OUP 1998
[2] “What Exodus 21:22 Says about Abortion.” Stand To Reason.   Some think this just refers to a punishment if the mother dies or is injured. This article by Greg Koukl makes a clear and compelling argument that the punishment applied equally if either the mother or the child was the victim.
[3] “Dead Silence: Must The Bible Say Abortion Is Wrong Before We Can Know It’s Wrong?”
[4] The State of Israel is now worlds away from the Old Testament perspective. See “Israel’s abortion law now among world’s most liberal.”
[5] The Early Church on Abortion. http://www.orthodoxytoday.org/articles/EarlyChurchAbortion.php
[6] The list so far was taken from “Even “Pro-Choice” Philosophers Admit: Human Life Begins at Fertilization.”
[7] “A new human being comes into existence during the process of fertilization.”
[8] Ibid.
[9] “Peter Singer’s Bold Defense of Infanticide.”
[10] “The Hard Cases Objection: Does Rape Justify Abortion?”
[11] “Is Abortion permissible for Fetal Deformity?”
[12] “Is Abortion Justifiable In The Hard Cases?”