As I noted in the first post in this series, this is an election where the encouragement to ‘vote your conscience’ resonates perhaps more than ever. In the service of bringing clarity to our thoughts about this year's candidates, I am posting a number of articles that look at them through the lenses of various ethical theories. I began with virtue ethics and continued with deontological ethics; this third post will look at consequentialist ethics. 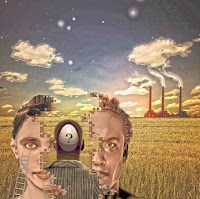 Consequentialist theories argue that the moral nature of an action is determined by what produces the best balance of good effects over bad effects. Utilitarianism is the most popular form of consequentialist ethics, so that will be our focus.

‘Utility’ is the good that comes as a consequence of an action. Jeremy Bentham claimed that actions are good or bad depending upon the amount and degree of pleasure and/or pain that results; John Stuart Mill argued that happiness, not pleasure, was the standard for the good. The correct or greatest moral action or rule is the one that produces the greatest amount of utility (be it pleasure or happiness) for the greatest number of people.

One can be good without being virtuous or following duty to a social contract. The amount of pleasure or happiness that results from one's choices is all that matters at the end of the day. Lest this sound like a hedonic free-for-all, both Mill and Bentham believed there was a hierarchy of value. Mill stressed quality over quantity; Bentham offered a 'hedonic calculus' to aid in this endeavor.

There are at least four categories within utilitarianism worth noting.

1. Cultural Utilitarianism claim that our actions should contribute to the greater good of everyone. One individual's pleasure or happiness is not as important as the group's.

2. Individual Utilitarianism (or ethical egoism) argues that people don’t need to consider what might be best for others or for society. Doing what is in one's own interest is all that matters, but it will theoretically lead directly to what is best for everyone. For example, it’s in one's best interest to tolerate others, to show compassion, to tell the truth, etc. and it happens that those things benefit others as well. Pamela Anderson's recent op-ed against porn relies perhaps unconsciously on this theory: "In an age where public disapproval is no longer an obstacle to personal disgrace, we must turn instead to the appeal of self-interest."

3. Act utilitarianism balances the result of good and bad effects of a particular act in a particular situation (situational ethics). An act is right if no other act maximizes utility more. It focuses on the act, not on keeping or breaking a broader rule.

4. Rule utilitarianism has a broader moral scope meant to give a Big Picture to the individual acts. It considers the rules that will bring the best long-term, overall consequences. This is not to say that the rule will be correct; it does, however, give a context meant to stabilize individual acts. There is a compelling simplicity here: We can follow the rule rather than considering all the consequences of alternative actions before doing something. If we are not sure whether or not to lie, we don’t lie. We follow the rule. The outcome is out of our hands.

Perhaps you are already thinking of some concerns with utilitarian ethics:


Seen in this light, the need for virtuous people who understand their moral duties seems crucial if the utilitarian wants to avoid a coldly calculating oppression in the name of the greater good.

Despite utilitarianism's flaws, wrestling with the theory raises questions we can ask concerning the candidates:

To summarize where we are so far: Are you voting for a virtuous candidate (virtue ethics) who is committed to using just means (deontological ethics) to accomplish the greatest good for the greatest number (consequentialist/utilitarian ethics)?


Up Next: Immanuel Kant's Categorical Imperatives.