Who Best Understands Your Rights? (Trump And Clinton Through The Lenses Of Ethical Theory)

As I noted in the first post in this series, this is an election where the encouragement to ‘vote your conscience’ resonates perhaps more than ever. In the service of bringing clarity to our thoughts about this years' candidates, I am posting a number of articles that look at the candidates through the lenses of various ethical theories. So far, we have covered virtue ethics, deontological ethics, consequentialist ethics, Kantian ethics and Natural Law ethics. This sixth and final post will look at Rights-based ethics. 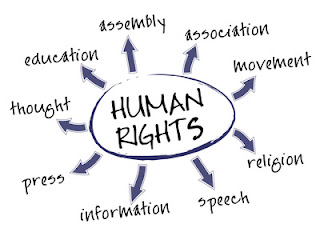 Rights-based ethics claims that we have a right to certain things because we are human beings. These rights create a moral responsibility in others to acknowledge and accept them. Two key examples of rights-based ethics in action are the Bill of Rights and the Universal Declaration of Human Rights. Rights-based ethics are built upon four key claims:


These rights imply correlative duties. If I have a right, others have a duty to honor it. My right to freedom from physical harm imposes on others a duty not to physically harm me. My right to free speech imposes on others a duty not to prevent me from speaking. My property right in X imposes a duty on others not to trespass upon or interfere with my use and enjoyment of X. Lewis Smedes explains it this way in Mere Morality: What God Expects From Ordinary People:

"If one person has a right, someone else has a duty to honor it. If I have a right to stay alive, you have an obligation to keep your hands off my throat. If you have a right to your private place, I have a duty so stay away from it. If a stranger has a right to some food for his hungry child, someone has a duty to see that he gets it. Whenever someone has a right someone else is obligated to honor that right. If my right does not obligate anyone, it is only a piece of fiction."


Rights-based ethicists typically make a distinction between Negative vs. Positive Rights. Negative rights impose duties of noninterference on others. Thus, my right to life as a negative right is a right not be killed. Positive rights impose duties of assistance on others (such as receiving food, money, or opportunity). For example, welfare rights impose on the state the duty to assist those who cannot provide for themselves; the state in turn imposes that on us through the taxation that supports the assistance.

The rights to be respected in Libertarian Ethics are negative or non-interference rights; specifically, the right to life, liberty and property. The only limit is interference with the similar rights of others. Libertarians generally reject positive rights. People have the right to assistance only if they have made contractual arrangements (insurance, for example). A semi-libertarian position argues that government ensures negative rights, but individuals have an obligation for positive rights.

Examples of what ethicists have offered as rights include the following:


If you scan the previous list of suggested rights while considering the negative/positive and conventional/natural distinctions, you can see that there is plenty of room for disagreement about which ones should be included and how they should all be honored.

There seems to be a sliding scale here somewhere. We have fought wars to end slavery; I don't think there has ever been a war fought over education. Why the difference? And if it's not worth laying down one's life, is that an indication that it shouldn't be on the list? However, in spite of disagreements and distinction, there is a shared commitment among rights-based ethicists to honor the rights best understood as inherent to all.

So, back to our candidates:

To summarize this series: Are you voting for a virtuous candidate (virtue ethics) who is committed to using just means (deontological ethics) to accomplish the greatest good for the greatest number (consequentialist/utilitarian ethics), who values the intrinsic worth of people, who will enact laws and regulations that are universalizable, who seeks to enact legislation that overlaps with the telos of the world, and who recognizes the existence of natural, universal, equal and inalienable rights?

I hope this has helped you consider the candidates carefully. I'm not sure there is an easy answer in this year's election when the candidates are considered from all these angles. However, that does not mean no choice rises to the top.

May the better candidate win.
Posted by Anthony at 7:15 AM