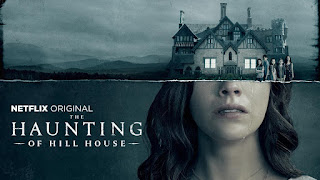 When I used to watch and read a lot of horror (that's a long story for another time), one thing became clear: there is a huge difference between a story that bathes you in blood or offers a nihilistic punch in the gut vs. a story that uses horror elements to tell genuinely thought-provoking stories about the world. I would have bailed on Hill House if it were one of the former. It's not. I'm not saying the show is perfect - as a Christian, I would have done some things differently if I were directing the series. Some elements could have been toned down without losing the impact of the story. But as far as using the horror genre as a vehicle for discussing something much deeper, The Haunting Of Hill House succeeds admirably in comparison with many of its horror peers.
Read more »
Posted by Anthony at 1:30 PM No comments:

I was raised to believe that we reap what we sow. This does not mean that our history is our destiny in the sense that we can never rise above or move past things we have done in the past; it was simply an observation about how life unfolds. The Old Testament prophet Hosea raised the stakes even higher: “For they sow the wind, and they shall reap the whirlwind” (Hosea 8:7). In context, it seems to say that those who sow foolishness will reap disaster. What comes back to haunt us may be unfair in that the penalty will be disproportionate to the wrongdoing, but, once again, that’s how life unfolds.

One of the things that strikes me in the Kavanaugh hearings is how we are seeing the principle unfold before our eyes.
Read more »
Posted by Anthony at 9:06 AM