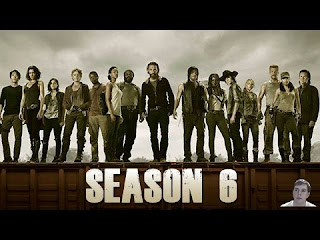 
As with most any argument, there is a response. Stephen Wykstra asked why it was reasonable to move from, "As far as I can tell, there is no X," to, "There is no X." Alvin Plantinga summarized his response with this rhetorical question: “Why suppose that if God does have a reason for permitting evil, the theist would be the first to know?” Yet it was G.E. Moore who offered what Rowe considered to be the best response to his argument:


Both Rowe's and Moore's arguments are logically valid. One can challenge the premises - and many have done so in both cases - but, if one accepts Moore's premises, his response properly nullifies Rowe's claims. Just because we can't see an improbable good does not mean that none exists.

I was thinking of this after watching The Walking Dead's Season 6 mid-season premier, "No Way Out." (WARNING: Spoiler Alert Ahead). As is often the case, the writers present yet another scenario where what seems like the best (or worst) thing in the moment is not. There is simply no way that the people involved, in spite of their collective wisdom and experience, can see the ripple effect of there choices.

In this episode, a well-intentioned act of sympathy leads to a a young boy's death (as well as the rest of his family). In the midst of the family's destruction, Carl is shot. Because Carl is shot, Rick decides to take on an entire town full of zombies it what will surely be a fool's quest. Yet it's not, because his actions inspire the survivors of the town to rise up and rid the town of of the Walking Dead. In the midst of this, a priest rediscovers his courage and his faith; a pacifist comes to peace with the proper use of force; people who have been characterized by cowardice confront and conquer their inner demons; and the entire band realizes they can stand up and fight for the world in ways they did not dream possible. The episode closes with Rick telling a recovering Carl that he finally believes that there is hope - they can change the world for the better.

Two points stand out. First, human perspective is limited. Rick and company did not have enough foresight to gauge what the right thing was to do in the moment (as has been the case over and over in this show). They simply cannot see the Big Picture. Second, the evil of the family dying - and it was bad - served a greater good that no one acting in the story or watching at home anticipated. What looked nihilistically meaningless in the moment was not. While I wouldn't wish the family's fate on my worst enemy, their suffering was not in vain.

I need to be clear - The Walking Dead does not intend to portray a world where God is divinely orchestrating or redeeming events. Robert Kirkman is an atheist, albeit one who has created sympathetic and complex Christian characters. Kirkman has created a show that mines the depths of ethics, morality and human nature, but he is not intending to point viewers toward God.  It is no wonder, then, that there are other times in the show when really bad suffering has no apparent meaning even when the Big Picture is in place.

"No Way Out" reminded me why, as a Christian, I can remain hopeful while grieving the pain and suffering of life. I believe we live in a world where Moore, not Rowe, has presented a proper understanding of the interplay between God and evil. I believe we live in a world where the Writer of the Story has an ultimate plan on how to redeem and renew both the world and the people in it. I do not understand why God allows all that he does -  and on this side of eternity, I expect I never will. I do, however, believe that God is good, and that God has reasons for what he allows or orchestrates.

As for Kirkman's plan? I don't know. We'll see how next week goes...