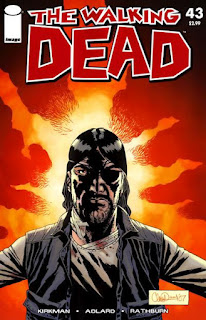 John Locke promoted the idea that rights exist even in the “state of nature”; that is, rights exist even when there are no societies to enforce these rights. The mere fact of being human creates both rights and concurrent obligations. Even after a zombie apocalypse, with no government to implement procedures to protect these rights, these rights would still exist. In this Lockean model, the social contract citizens make with rulers exists to encode and enforce already existing rights. Rights precede government.  The state exists to implement justice.

Thomas Hobbes, on the other hand, claimed that other than the right to protect oneself and be at peace, there are no real rights that exist independent of the state granting them.  Rights are really the conclusions of the collective rational thinking of a populace. A “leviathan” of state needs to emerge, define morality and rights, and be strong enough to enforce it.  Since human societies need boundaries, all governments should to be supported. Enduring a monstrous government would be better than remaining in the state of nature. Rights follow government. The state does not simply implement justice; the state is justice.

Both men agreed that the state derives its power from a social contract in which the people agree to a civil government. They did not agree about the nature of rights, or what to do when the social contract is broken.

Locke said governments were to be judged based on their ability to encode and enforce pre-existing human rights (such as the rights of life, liberty and property for which he is famous). In the case of The Walking Dead, the Governor sure seems to be bad, and his government worth overthrowing.  Hobbes said we should avoid the collapse of government at all cost, since any government was better than the chaotic state of nature. (For example, property is determined by the state, so without the state Locke can't even have his right to property). Living within a brutal social contract with the Governor would be better than living in an contract-free state of nature with Rick Grimes.

There is obviously a lot at stake in these two different theories. Locke would say that when the rights found in the state of nature are destroyed by civil government, the state has violated the contract and has no moral legitimacy. Hobbes doesn’t think that can even happen, as the rights the government grants are by definition moral and right, and so the state can never violate its contract.

The first problem for both of them has to do with the nature of ethics. Locke’s model has difficulty defending its foundation: what do we do when we disagree about the fundamental pre-existing rights?  Life, liberty and property are compelling, but…are they absolute and innate?  Hobbes has an equally difficult dilemma: even his leviathan cannot prevent horrific circumstances if there is no already existing sense of morality and rights.  As if prefiguring The Walking Dead, during the starvation of the Ukrainian holodomor, the tyrannical government had to warn the citizens, “To eat your own children is a barbaric act.”

The second problem has to do with the role of justice and the right to punish.  Locke’s “state of nature” lends itself to more uncertain and merciless retaliation when rights are broken.  Even if everyone agrees upon rights, the problem of an ambiguous sense of justice remains. On the other hand, Hobbes’ justice is a purely an agreed upon contract. Ten thousand years of human history should make  us very uncomfortable with that notion. Far too many people have been on the receiving end of a bad contract.

We appear to be caught on the horns of a dilemma.  Some contracts are bad (feel free to weigh in here, French Revolution). But that can only be said if there is something independent  of Leviathan with which to judge it.  On the other hand, what good are inalienable rights in the state of nature if no one can enforce them justly?

A crucial question remains that may steer us through these horns.  The previous essays in the book debated whether or not we are simply philosophical zombies with every non-physical claim (consciousness, emotional states, imagination) explicable from a purely material foundation. If that's true about us, we are in some sense zombies. We may be high functioning Walkers with an illusory sense of consciousness, qualia, and sentience - but we are still Walkers.  Would this perspective not put all issues of rights, responsibilities and social contracts in jeopardy?

The fact that we do assume rights and responsibilities to be part of our human experience ought to carry some weight here.  The U.N.'s Declaration of Human Rights begins this way:


"Whereas recognition of the inherent dignity and of the equal and inalienable rights of all members of the human family is the foundation of freedom, justice and peace in the world,
Whereas disregard and contempt for human rights have resulted in barbarous acts which have outraged the conscience of mankind, and the advent of a world in which human beings shall enjoy freedom of speech and belief and freedom from fear and want has been proclaimed as the highest aspiration of the common people,
Whereas it is essential, if man is not to be compelled to have recourse, as a last resort, to rebellion against tyranny and oppression, that human rights should be protected by the rule of law..."

This is the language of dignity, rights and justice. We are not just social robots. Somewhere between the aforementioned horns there lies a path in which inherent rights and social contracts walk more closely.  We are social beings in need of contracts to civilize us; we are also fallen beings with an inherent, inalienable worth that ought to keep the Leviathan in check.

Now, if Rick could just learn how to run a city....