I have seen a number of articles and conversations about how the ICE raid in Mississippi of the chicken processing plants opened up jobs for locals by getting illegal immigrants out of the employment mix.

I offer the following information to bring some clarity to a number of issues swirling around this topic. I'm not trying to make an argument per se in this post. My goal is to present the context surrounding the situation.

I'm sure we will all draw our own conclusions, but I hope we can at least agree on the facts.

1. Mississippi’s unemployment numbers have been dropping for years starting in 2012. The state average in June was 6%, though it's been as low as 4.7% one month this year. It was at 10.9% at one point in 2012. Meanwhile, the percentage of population that is made up of illegal immigrants  (0.7% of the overall population) has stayed the same since 2007.

2. While opportunity varies from state to state,  last year in the United States, there were more open jobs than people who wanted them.

3. When ICE raided Koch foods, there were signs posted that they were hiring. There were 730 jobs available. Peco foods, which was also raided, is hiring. There were 1,964 in-state job openings on the Mississippi Works job search engine for “meat, poultry and fish cutters and trimmers.” Pearl River Foods posted 200 job openings on Aug. 1 for “cutter/sizer.” That’s 78 percent of local job openings within 10 miles of Carthage, the county seat of Leake County. In July, there were over 40,000 jobs open in Mississippi, a state where 78,000 are unemployed.

4. The plants that were raided were in Sebastopol (Leake and Scott counties), Canton (Madison county) and Bay Springs (Jasper county). There are 82 counties in Mississippi. As of June 2019, Madison ranks 3rd best in employment, Scott is 4th, Leake is tied for 17th, and Jasper is 60th. Here is where 2019’s employment average ranks in the past 30 years for each county:
5. Beginning in the 1990s, Latinos were actively recruited by these industries in Mississippi with something called the Hispanic Project. The owners of the chicken processing plants wanted to avoid labor unions and the impact on their financial bottom line, so they went for a demographic that would work for dirt cheap. There have been numerous lawsuits over the years in this industry and in Mississippi in particular, but as of today, the work remains hazardous, painful, and at times degrading, accompanied by bottom of the barrel wages.

6. It is not new news that illegal immigrants work at chicken processing plants in Mississippi. I read an article from 2013 that talked about this, including the insight that Mississippi locals aren’t clamoring to work at these factories (see #5 for why). Baseline salary for a floor worker at Koch foods is a $22,000 -$28,00 a year. Peco foods is probably comparable. Pearl River Foods hires at the federal minimum wage - $7.25 an hour.

8. President Trump is continuing to do the kind of  'audits' Bush and Obama did, in which businesses that hire undocumented workers are penalized in order to take away the "pull factor" for undocumented workers. ICE audited 1,360 organizations in 2017, resulting in 71 indictments and 55 convictions of business owners and managers. The fines exceeded $100 million dollars. They upped their audits to over 5,000 in 2018.  According to ice.gov, "From Oct. 1, 2017, through July 20, 2018, HSI opened 6,093 worksite investigations and made 675 criminal and 984 administrative worksite-related arrests, respectively. In fiscal year 2017 – October 2016 to September 2017 – HSI opened 1,716 worksite investigations; initiated 1,360 I-9 audits; and made 139 criminal arrests and 172 administrative arrests related to worksite enforcement."  ICE is looking to do over 15,000 audits in the average year.

9. A  very small percentage of employers are actually penalized; they have to 'knowingly' hire undocumented workers, and that's hard to prove. When they are penalized, it is almost never jail time.

10. Though President Trump has promoted E-verify, Republicans are very reluctant to make it a federally mandated law. There seems to be a reluctance because of how disruptive it would be to the economy, specifically in industries that heavily employ immigrants (both legal and illegal).

(I will offer my one bit of commentary here: follow the money. Many business don't want a crackdown because it harms their bottom line, and they have clout with their representatives. Fines have forced more than one business into bankruptcy, and that's not good for job numbers in a representative's district. I suspect there will be an ongoing tension here. Even the President has employed undocumented workers through the Trump Organization. I dare say that for every new law passed, there will be  loopholes such that business as usual can continue for the businesses that matter most to the politicians. Commentary over).

11. Listen to or read the transcript from the podcast This American Life about the monumental shift taking place in the past 40 years in the chicken factory industry. It's insightful. If I were asked to identify "villains,"  the ones that rise to the top are the industry owners. What they have done is pretty shady, highly manipulative, and sometimes illegal. They have created and perpetuated a culture that attracts workers who are 'in the shadows.'

Posted by Anthony at 6:20 AM No comments: 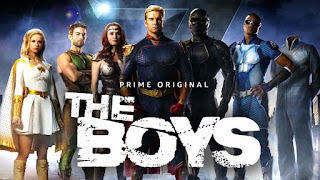 Now, to the worldview part.

I am not providing commentary on recent events or gun control. These are just facts I have found in the past couple days that I thought were interesting, and were just a little more nuanced than all the memes sliding through my Facebook feed.

1. A mass shooting is defined by the FBI as a public attack (not in private homes or in drug or gang-related shootings.) Until 2012, an official mass shooting required four or more people to be shot. In 2013, a federal law reduced that figure to three. That’s one reasons stats for mass shootings have gone up in the past seven years.

2. Depending what chart you look at, you will see large differences in “mass shootings” over the years. That’s because some include in-home violence and drug and gang related shootings. Obviously, those chart will show more mass shootings. Don’t assume people are trying to be dishonest when you read different stats. It’s just different metrics. Know the one you are reading.

3. Massshootingtracker.org offers an easy-to-understand compilation of death and injuries in mass shootings by year (they include all incidents, not just the FBI’s 'public attack').

4. There is no clear correlation in the US with mass shootings and a particular religion. The vast majority of shooters appear to be irreligious, or at least their religious affiliation is not reported.

5. It's true - the United States has a proportionately lower rate of mass shootings than a number of countries that might surprise you – Norway, Switzerland, France, Finland, and Belgium, for example (there are a few more). That’s interesting, but it needs a context. Norway, for example, had one mass shooting in six years, but because it’s population is only five million, that one shooting pushed the proportion past us. Other than France, that kind of statistic holds true for the list I just gave.  So we are not as sweepingly bad as some say, but... that may largely be to the magic of statistics.

7. Very few shooters were diagnosed as mentally ill, but many had mental health issues. I'm not sure that necessarily sets them apart from the average population.

8. If you factor in ALL mass shootings (3 or more in any scenario), there is racial proportionality of perpetrators. No one demographic stands out as more likely to be violent.  If you stick to the FBI’s stats, white dudes stand out as mass shooters. That's why you will here different arguments about the race of shooters - it all depends on the metric you use.

9. Watch for how many shooters have a history of domestic abuse. “Men who commit violence rehearse and perfect it against their families first," wrote Pamela Shifman and Salamishah Tillet in a New York Times op-ed in February. "Women and children are target practice, and the home is the training ground for these men’s later actions."

10. “Red flag” laws like President Trump has suggested are an attempt to let concerned parties petition law enforcement to take away guns from people about whom they have credible concerns. Even the NRA is open to some form of this.

11. No, mental illness is not the problem.

12. There is no good reason to believe that  immersion in violent media and games turns non-shooters into shooters. Based on feedback I have received from students who play VR first-person shooter games, I am guessing this debate is far from over.

14. If I had to summarize an impression after all my reading, it would be this: As far as I can tell, no one who was clean and sober, had a strong sense of their self-worth, and was embedded in a family and/or community in which they felt loved and valuable shows up on a list of shooters.

Posted by Anthony at 5:52 PM No comments: