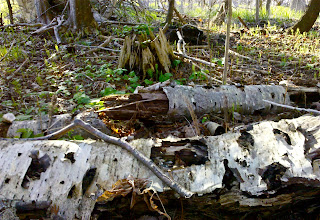 Psychosexual Obesity And The Dating Apocalypse

Vanity Fair's "Tinder and the Dawn of the 'Dating Apocalypse'" is a must-read for those who are wondering where our culture is heading in terms of dating, sex and marriage. It's not an easy read, and it's R-rated graphic. I recommend it only because it is brutally honest about trending sexual behavior in the United States.

It's also helpful that it's not from, say, the Family Research Council. I have nothing against them, but we expect conservative or Christian groups to write about the ripple effect of unboundaried sex. It's not often a source such as Vanity Fair writes a story that, while not taking a stance about what people should do, clearly shows why so many people who are conservative or traditional in areas involving sex have legitimate reasons for being concerned about certain social trends.

I'm just going to highlight some excerpts. You can click on the link to go to the full article (which, once again, I recommend with great caution).

It’s a balmy night in Manhattan’s financial district, and at a sports bar called Stout, everyone is Tindering… At a booth in the back, three handsome twentysomething guys in button-downs are having beers. They are Dan, Alex, and Marty…

“Guys view everything as a competition,” he elaborates with his deep, reassuring voice. “Who’s slept with the best, hottest girls?” With these dating apps, he says, “you’re always sort of prowling. You could talk to two or three girls at a bar and pick the best one, or you can swipe a couple hundred people a day—the sample size is so much larger. It’s setting up two or three Tinder dates a week and, chances are, sleeping with all of them, so you could rack up 100 girls you’ve slept with in a year.” He says that he himself has slept with five different women he met on Tinder—“Tinderellas,” the guys call them—in the last eight days.

And yet a lack of an intimate knowledge of his potential sex partners never presents him with an obstacle to physical intimacy, Alex says. Alex, his friends agree, is a Tinder King, a young man of such deft “text game”—“That’s the ability to actually convince someone to do something over text,” Marty explains—that he is able to entice young women into his bed on the basis of a few text exchanges, while letting them know up front he is not interested in having a relationship.