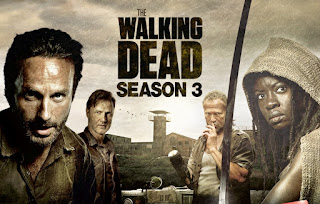 Here's the easy part: Our status as Homo Sapiens depends simply on genetics. Strictly speaking, we humans can never gain or lose our humanity. We are biologically human from conception to birth.   Personhood, however, is a little more dicey. Personhood has become bigger than biology, and it's less about biology than it is about moral nature, rights, and legal standing.  It is a label that is used more generously than you might think.  For example, Thor is a person but not a human, as are (apparently) Great Apes, dolphins (maybe), and corporations.

In The Walking Dead and Philosophy, Franklin Allaire (“The Only Good Walker is a Dead Walker”) quotes  Mary Anne Warren's list of five criteria that a human needs for personhood: consciousness, reason, self-motivated activity, the capacity to communicate, and the presence of self-concepts and self-awareness.  If one lacks significant capacity in these areas, he or she is not a person, but can be a star in reality shows.  If one has all five, he or she unquestionably is a person in addition to being human.

So there are humans that are not persons, at least by Ms. Warren's definition.  Biology and intrinsic nature are irrelevant; all that matters is capacity. The zombies in TWD do not have any significant consciousness, reason, self-motivated activity, or capacity to communicate, and their presence of self-concepts and self-awareness fail badly. If Ms. Warren is correct, they may be humans, but they are not persons. Christina Powell has a different starting point:


"When considering the criteria for personhood, we would do well to ponder if we should reduce personhood to a set of capacities or a biological marker. Should moral significance come from who we are or from the functional capabilities we express at a given moment of our existence? From a biblical viewpoint, does the image of God refer to an intrinsic value that human beings possess or to an extrinsic value measurable by medical science and capable of being lost due to damage of the physical body? Is the natural inherent capacity for self-awareness and a free will sufficient to make us persons, even if disability or disease limits the expression of these functions?"

If Ms. Powell is correct, there are no humans that are not persons. We are a package deal of biology, nature, and intrinsic value. We are greater than the sum of our parts, and no amount of deconstructing can take away our humanity or our personhood.

The answer to this questions has significant consequence in relation to human rights:  If one can be human without being a person, how far away does one have stray from criteria such as Ms. Warren's before one loses moral and legal status? On the flip side, how far up the scale of capacity can one be and still not obtain the privileges and status of personhood? 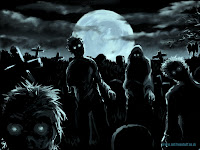 In The Walking Dead, some of the Walkers seem to have residual memory, and at least a few can be domesticated. The Governor shows affection for his zombie daughter, comforting her in a way that almost seems to get through to her.  If the Walkers could learn to talk, reason, and form communities (as they do in Stephen King's The Cell, Richard Matheson's I Am Legend, and Romero's film series), at what point would these merely biological humans become persons?

This is not simply a philosophical exercise. The questions raised by fictional Walkers have already been raised in the real world.
How we answer these questions matters. Peter Singer argues we can treat the severely handicapped and newborn as if they are not persons even though they are human. Sadly, the difference between our culturally agreed upon subhumans and the subhumans in The Walking Dead is one of degree, not of principle. The same logic applies in both cases.

Confucius is credited with saying, "When words lose their meaning, people lose their freedom." When people manipulate the words that define who we are, we can lose not only our freedom, but our rights and our lives as well.
Posted by Anthony at 10:19 AM