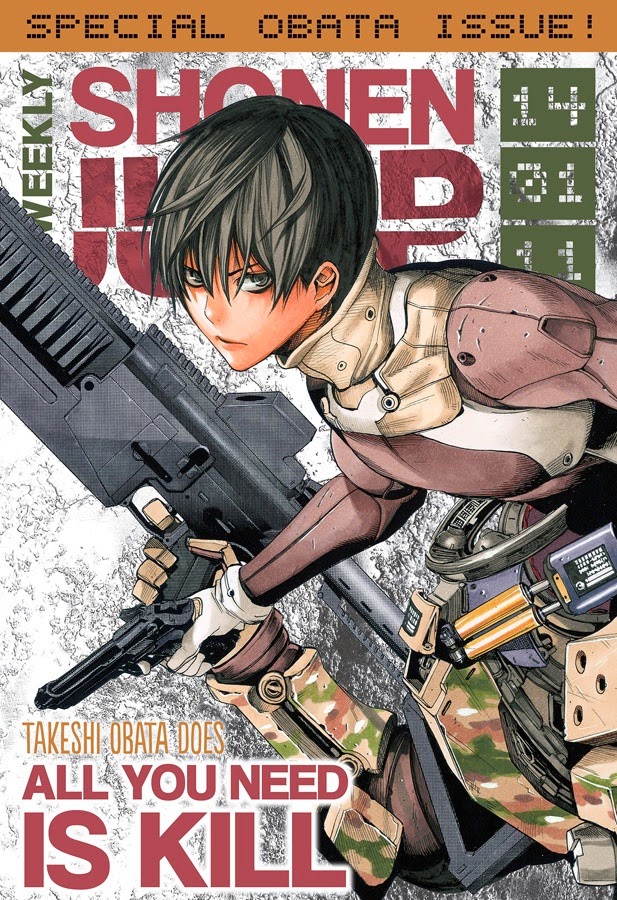 Shakespeare it’s not, but you get the point. He’s mad, he’s bad, and he’s ready to massacre some Mimics. Unfortunately, the Mimics have loopers too, and with each successive battle they learn as well. It’s a race to see who can learn quickly enough to exterminate the other.

Fortunately, Keiji’s’s not alone. He learns that Rita is stuck in the loops too. Maybe – just maybe – the two of them can save the world.


The story is violent, vulgar, epic, mesmerizing, and at times strangely moving. It may be marketed to a YA audience, but it's certainly adult in its content (the manga version both cleans it up and drains it of its power). If you choose to read it, keep an eye out for a number of key themes.

It's a story that follows in the footsteps of sci-fi parables like District 9 by using an alien race to highlight very human horrors – in this case, the many brutal, genocidal colonizations in human history. The invaders simply refuse to see humanity as having worth, and as a result they feel no remorse in annihilating them. 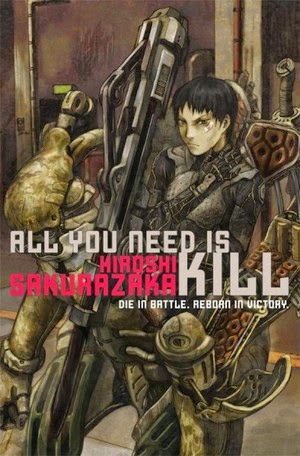 It's a story about the tragic necessity of violence and war. Keiji notes, “I’d become – a machine with blood and nerves in place of oil and wires. A machine doesn’t get distracted. A machine doesn’t cry. A machine wears the same bitter smile day in, day out. It reads the battle as it unfolds. It’s eyes scan for the next enemy before it’s finished killing the first, and its mind is already thinking about the third. It wasn’t lucky, and it wasn’t unlucky. It just was. So I kept fighting.”

They have to fight. There is no way around that. You want guys like Keiji on your side. But war on the ground if very different from the stylized Spartan glory of 300. Keiji heroically commits to a cause greater than himself even as he crumbles inside:


“It was too hard to face the friends you knew were going to die. Trapped in a cruel, unending nightmare, your only thoughts were for them. You couldn’t bear to lose even one of them, no matter who.”

Even the goddess of this war, Rita, is haunted by the fact that there will always be those she cannot save. A first Lieutenant named Hendricks is an admirable man in every way: he never swears, he faithfully loves his wife, and he treats Rita like a sister. Yet he always dies. In every loop. Rita tries to save him every time – she wants to keep looping until she can – but at what cost? The Mimics are learning, and she could jeopardize humanity for the sake of one if she keeps on going back.

It’s a story about human nature and fate. To what degree are our lives determined? Do we ever get to choose what we want to do, or are we stuck with our genetic programming? In the end, do those of us destined for greatness matter more than those burdened with lesser fates?


“If DNA determined a person’s height or the shape of their face, why not their less obvious traits too? Our fathers and mothers, grandfathers and grandmothers – ultimately every individual was the product of the blood that flowed in the veins of those who came before. An impartial machine could read that information and assign a value to it, as simple as measuring height or weight. 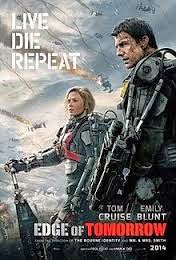 It’s a story about our need for a savior. Humanity is about to be destroyed by an enemy it cannot hope to conquer on its own. Death is certain without a seemingly miraculous intervention. An unexpected quirk of science eventually offers the miraculous loops, and Rita and Keiji provide a couple of very human “saviors” who “redeem” others. In the end, Rita gives her life so humanity can live – and Keiji does not repeat the loop in order to save her. One more time might give the Mimics their final solution.

*UPDATE: The movie is pretty good in it's own right. However, the screenwriters should have stuck with the book when they wrote the ending. True, the book does not have a happy ending, but the sense of nobility, sacrifice and commitment is much deeper. And check out J.W. Wartick's post on both the book and the movie: "Truth, Human Nature and Sacrifice."
Posted by Anthony at 2:13 PM