Days of Future Past: Do Our Choices Matter?

“So many battles waged over the years... and yet, none like this. Are we destined to destroy each other, or can we change each other and unite? Is the future truly set?” – Charles Xavier

X-Men: Days of Future Past is a story about free will and human nature.  Sure, it’s many other 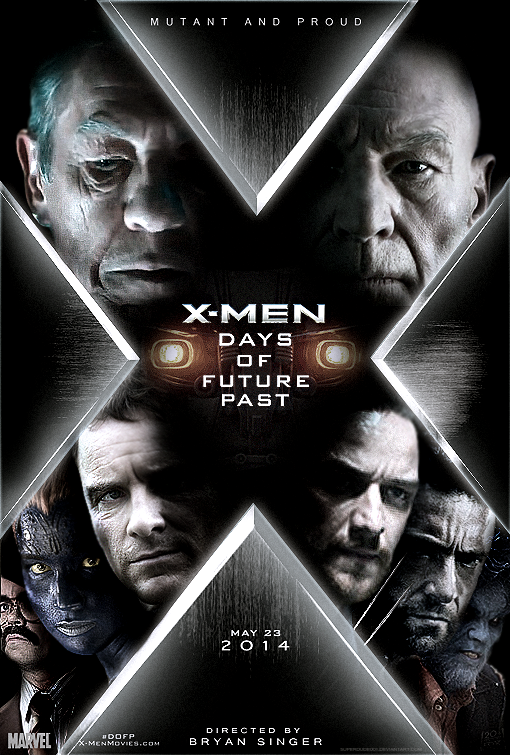 things as well – an excellently crafted movie, an equal rights parable, a commentary on human atrocities, a discussion starter about evolution – but  the latest installment in this thought-provoking franchise is perhaps the most cerebral of all.

As he considers the carnage of the Mutant/Human war, Xavier wonders, “Are we destined to destroy each other? Or can we change who we are?” The Mutants have found a way to jump a few days into the past and avoid small catastrophes, but changing single events cannot alter the larger arc of stubbornly insistent history. All seems lost; both the characters and the conflict are succumbing to the chaos. Bryan Singer noted in an interview:

“[Days of Future Past] confronts the notions of hope and second chances. It's characters that are lost trying to find themselves. In X-Men one and two, the characters had come into their own and knew who they were. In this one, they're all lost. And they're trying to keep it together.”

Of course, “keeping it together” only matters if their choices matter.  An increasing number of voices are suggesting that our nature and the arc of our life have been established for us through our genetics and environment.  We have no free will, no conscience self, no “I” at the center of who we are.  If we are just moist robots, then, there is no "I" to keep together, and there is no choice we make as significant moral agents. That is the reasonable conclusion of this line of thinking. If that’s true, then there is no such a thing as a meaningful choice. There is no way in which any of the characters can genuinely choose a different path. "Keeping it together" is a meaningless exercise in confirming their fate.

But this view does not resonate with what we see unfolding on the screen. The war within the characters rages more intensely than the war around them. Magneto can choose a better path if he so desires. The goodness in Raven can overcome the anger in Mystique. The cavalier, young, self-centered Xavier can choose to become a better man.  And the Wolverine we saw in Origins and First Class can, in fact, cage the animal. People may not choose their nature, but on any given day they can choose whom – or what – they will serve. C.S. Lewis noted in Mere Christianity:

An older Xavier tells his younger self, “Just because someone stumbles, loses their way, doesn’t mean they’re lost forever.” It's easy to believe that the brokenness within us will inevitably result in devastation around us. Days of Future Past reminds us that it's never too late to turn around.

Raven grows up hiding her true appearance to all but those closest to her.  Finding a cure is always presented as the best case scenario. From the moment Magneto meets her, he affirms her true nature as beautiful.  Everyone else wants to change her so she is acceptable or beautiful by cultural norms, but Magneto claims to appreciate who she truly is. It’s a powerful reminder of our longing to be seen as we truly are and still be loved.

This mindset can be taken to an extreme. Sometimes, “who we are” is badly in need of improvement (such as Magneto’s revenge-driven desire for war). By the end of the movie, Charles has found a way to show Mystique that love also desires the good in the one who is loved – something Magneto was not interested in at all.

Xavier matures enough to understand the nature of genuine love: the ability to see and love someone as they are, while simultaneously loving them enough to draw them from paths of darkness.
Posted by Anthony at 4:27 AM

Email ThisBlogThis!Share to TwitterShare to FacebookShare to Pinterest
Labels: Days of Future Past, free will, movies, X-Men