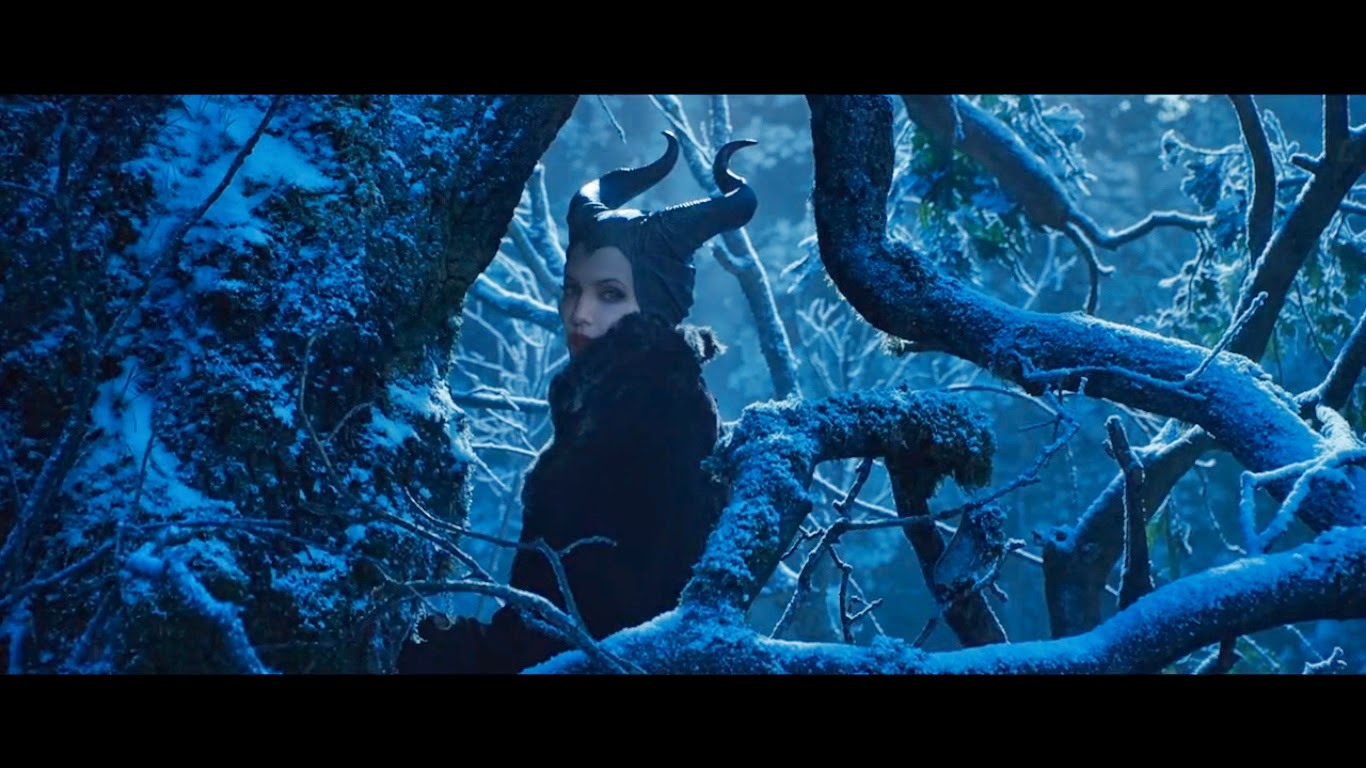 There’s a lot of soul-searching when innocence and trust have been replaced with tears of betrayal and shame. It seems that the pain will never end, that a shattered heart will never be made whole. The scene where Maleficent wails when she realizes what has happened? That's the way it feels. The anger and detachment that follow as Maleficent hardens her heart? Like that, too. And deep inside, a nagging questions persists: Is the person I have become even worthy of love and redemption?

Make no mistake: Maleficent chooses to break bad even though Stefan broke her first. She uses others as she was used (the crow/man - just see the movie - says, "You took my beautiful wings." She responds, "I saved your life." This is precisely how Stefan could have justified what he did to her). She mourns the loss of trust, but doesn't trust Aurora enough to tell her the truth. She crowns herself Queen to check Stefan's King. She seems doomed to live and die as a bitter shell of her former self. Aurora's curse gets all the press, but Maleficent is lost inside a spell cast by the evil she first experienced, then embraced.

The good news is that both of them can be given a new lease on life by the gift of true love - not a fleeting, shallow, romantic feeling that the prince futilely offered to the sleeping Aurora, but a deep commitment for the good of another. Where does one find that kind of love? Maleficent's curse could not be broken by anything on earth. Hmmm. Perhaps that kind of redemptive power must come from somewhere beyond this world of thorn walls and iron towers. That kind of love has the power to revive even those who think they are condemned to a life that looks a lot like death.

Evil does not have the last word. As Aurora loved her with an unmerited grace, Maleficent discovers she is ready to give her life for someone else.  It's her motherly kiss, not the prince's, that breaks the curse. Another world has broken into this one, bringing life and hope when all seemed lost. As Maleficent fights her way free of the king's trap, she resists her desire to fulfill the revenge for which she longed. She returns to the Kingdom of Fairy and relinquishes her crown to Aurora and her soon-to-be husband. The kingdoms are united. Evil does not have the last word.

The closing narration describes Maleficent as both hero and villain. Isn't that true of all of us? King David was an adulterer and a "man after God's own heart"; Peter was Christ's most blatant betrayer before he became one of his most ardent defenders. Paul killed Christians before he became one himself.  Boromir gave his life to make up for his lust for the Ring. Is this not the human condition? Maleficent is neither an apostle nor a warrior of Rohan, but she is one in whom the battle between good and evil rages. She faltered, but she finished well.

“The consolation of fairy-stories, the joy of the happy ending: or more correctly of the good catastrophe, the sudden joyous 'turn' (for there is no true end to any fairy-tale): this joy, which is one of the things which fairy-stories can produce supremely well, is not essentially 'escapist,' nor 'fugitive.' In its fairy-tale – or otherworld – setting, it is a sudden and miraculous grace: never to be counted on to recur. It does not deny the existence of dyscatastrophe, of sorrow and failure: the possibility of these is necessary to the joy of deliverance; it denies (in the face of much evidence, if you will) universal final defeat and in so far is evangelium, giving a fleeting glimpse of Joy, Joy beyond the walls of the world, poignant as grief.

It is the mark of a good fairy-story, of the higher or more complete kind, that however wild its events, however fantastic or terrible the adventures, it can give to child or man that hears it, when the ‘turn’ comes, a catch of the breath, a beat and lifting of the heart, near to (or indeed accomplished by) tears, as keen as that given by any form of literary art, and having a peculiar quality. In such stories when the sudden ‘turn’ comes we get a piercing glimpse of joy, and heart’s desire, that for a moment passes outside the frame, rends indeed the very web of story, and lets a gleam come through.”  - J.R.R. Tolkein, "On Fairy Stories"

*I've read a number of reviews that are concerned that the movie turns a villain into a victim/hero. I appreciate the concern, but I would like to offer a different perspective.

First, many people do, in fact, respond to the evil done to them by in turn doing evil to others. Victims often victimize. That's not a false view of the world. In addition, the movie seems to show Maleficent choosing to seek revenge rather than helplessly succumbing to her circumstances as if she had no moral culpability.

Second, I think Maleficent's hero/villain tag is meant to identify her as us. Aurora is the perfect embodiment of genuine love; the King is the perfect {?} embodiment of greed and deception.None of us are that purely aligned one way or the other.  Maleficent is us: the battlefield where good and evil lock horns. We root for her because we recognize that she has exchanged her goodness for evil, but she could choose the good again, and we want her to stop being what she has become, and become what she was meant to be. Is that not the struggle in all of us?