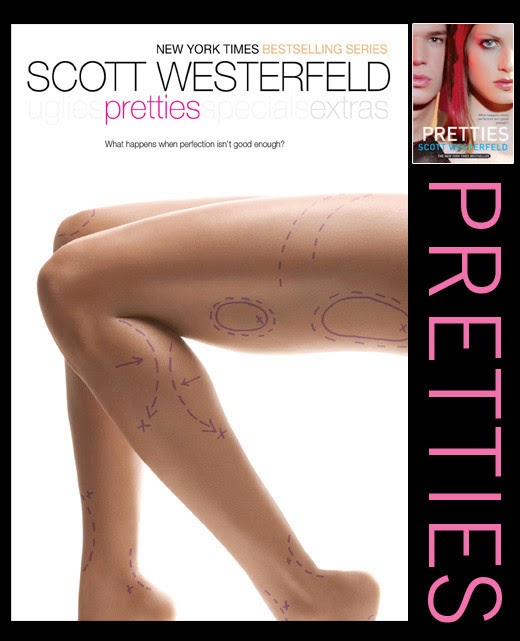 Based on the interviews I have read, Mr. Westerfield’s goals with the series are good. The story's success in the YA world suggests that he has written about issues that are close to home in his readers. The main themes are admirable, but I am not entirely sure that Mr. Westerfield’s goals came across as clearly as he hoped. Let's start with the themes. 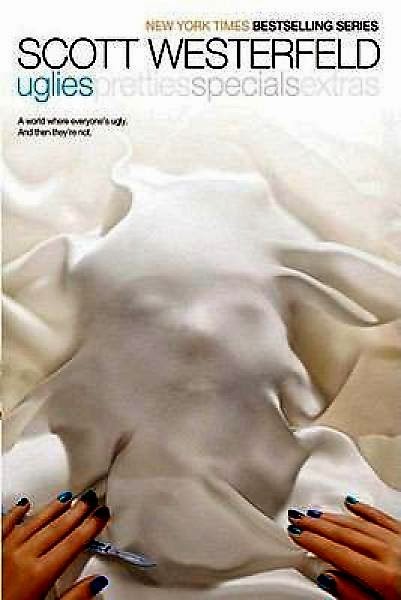 Simply becoming prettier, wealthier or more comfortable will not make us happy. The brains of the Pretties need to be altered so they will accept their now beautiful but meaningless life calmly. Drugs, parties, fashion and sex distract them (the sex is implied, not blatant), and pills free them from the consequences of their actions. Even so, they remain bored and unhappy. (One of the more disturbing story lines follows a group who turn to cutting as a way to think clearly and feel alive, but more on that later.) In a culture that holds up extravagance, pleasure, comfort and beauty as a goal, this message needs to be heard.

The quality of our lives is not wrapped up in technology. The cooler the gadgets the cooler the life, right? Not necessarily. There’s something compelling about the lives of the non-conformists, the “ugly” rebels who live in the woods and reject the siren call of technocracy. At times the story seems to create a foolish “noble savage” ideal, but at other times it reminds us that the simple life has its own set of daunting challenges. It’s not the tech that’s the problem. It’s the people. And neither science nor nature offers a sufficient answer for dilemmas of the heart.

We long to be loved for who we are. In Westerfield’s world, kids are raised to believe that acceptance follows conformity. If they can live up to other people’s expectations, then they will feel good about themselves – which means life should then be good.  I suspect everyone struggles with the fear that people won’t accept us with our imperfections and flaws. Can we find a place that feels like home, whether it’s in our family or in our community? When we hurt those we care about (purposefully or accidentally), will they be able to forgive us? Can we ever experience a life characterized by grace and acceptance that is given freely in spite of social standing, abilities, and appearance?

Those are great topics. I’m glad Mr. Westerfield has taken the time to create a series that brings them front and center. However, I am concerned that their power may be undermined by some more subtle (and, I’m sure, unintended) messages that leak through. 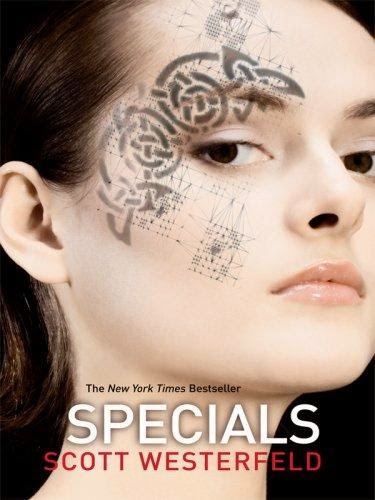 Cutting seemed way too useful. When the Cutters first start their group, their actions are clearly shown to be unhealthy and unwise. However, as the story unfolds through the series, it becomes the way in which even Tally (the main heroine) finds clarity and focus in chaotic situations. I am certain we are supposed to cringe, but cutting got them out of trouble time and again. It was hard not to see it as a useful tool with which to navigate life at times. Yes, there is a paragraph about how Tally has rejected cutting in Specials. It seemed like far too little too late.

I appreciate the issues Mr. Westerfield seeks to tackle in this series. The more we remind ourselves of the importance of grace and forgiveness, the more we realize that our character is more important than our appearance, the more we understand that self-worth and self-esteem are two very different things, the better off we will be. I just wish I had more confidence that his target audience was able to clearly hear what he is trying to say.
Posted by Anthony at 4:03 AM