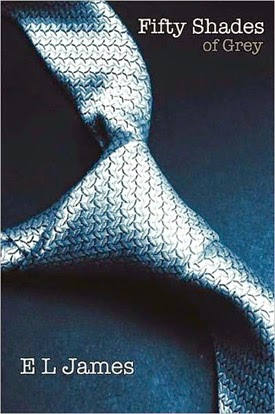 The next question, of course, is whether or not this type of writing can do anything to help satisfy those longings. Is it cathartic, healing, or hopeful? Is it just an innocent diversion? Apparently it is none of the above. If anything, Gresh and Slattery found that women who consume erotica report a rise in disillusionment and isolation (check out the Salvo article to read an interesting testimonial). Slattery notes,"You cannot pursue the kinds of relationships you read about in erotica without an outcome very different from the ones in the books."

The longing to be cherished, rescued, and sexually fulfilled in mind-blowing ways while saving the bad boy from his inner demons happens all the time in the fantasy worlds that readers find increasingly compelling, but the promised fulfillment doesn't pan out in real life. Just to be clear, I'm not criticizing the longings. I'm criticizing a deeply flawed plan for fulfilling them that spills over into real-world decisions. When actual relationships resemble those in books like 50 Shades (or the Twilight saga, if you are looking for a tamer version), the stories never end well.

And it's the same lie stories like 50 Shades of Gray offers. It's a fantasy. A compelling, emotional, intoxicating fantasy. Guard your soul. Before you know it, the ordinary world of real men, real sex, and real relationships will never be enough.