Being People of Truth in a False World 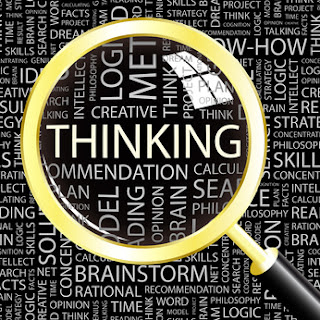 I don't think it's a secret that truth is in trouble. The internet was supposed to make available all the knowledge of the world and as a result enlighten the ignorant masses ("Knowledge Is Power! A Computer In Every Pot!"). We have access to more information in a moment than most people in the history of the world had in several lifetimes.

I don't mean to be pessimistic. Well, no, actually I do. I am really discouraged about the content and style of our cultural conversation. The internet has made us more shallow, more bombastic, more sheltered than ever before. We hide behind informational walls. We attack with our avatars in ways we never would if we had to actually talk to real people face to face. We have learned that the sound bite, the click bait title, and the bomb thrower gets the fame. We reject serious news in favor of titillating fake news that promises an emotional orgy of either self-affirmation or gleeful demonization of the "other."

There is no easy fix. We are sowing ignorance, bias and lies, and we are reaping the consequences. The solution - if it's not too late - is sowing knowledge, objectivity, and truth, and doing so with wisdom, patience, boldness and kindness. In the service of this goal, I offer the following ways to pursue the creation of a culture committed to truth.

First, study. There is no substitute for doing the hard work of learning what is true and what is not. We don't have to be geniuses and we don't have to be the foremost expert on the subject, but we should be informed. This will require time and patience. We can't just read the first thing the scrolls across our Facebook feed or listen to only one college professor, politician, news source or preacher. We must read, watch and listen widely and deeply. Read both of Washington's papers. Read the New York Times and the Wall Street Journal. Watch Fox and CNN. Visit The Federalist and The Huffington Post.

One example: Several months ago, I decided to research the issue of immigrants and refugees after reading bombastic posts from all over. You know what I found? Immigration is a complicated issue that deserves serious thought, not knee-jerk reactions on either end of the spectrum. If I could find all that information in several hours online, you can too. I'm nobody special. It just takes time, patience, commitment and a good search engine.

Second, learn to discern between credible and credulous sources.  There is plenty of information out there about what sites to avoid; I have my own post on guidelines that may be helpful.

Third, we must be willing to be wrong - that is, we must be willing to follow the evidence where it leads and acknowledge we are wrong without being defensive. I, for one, want to know truth. If someone challenges me, they might be right. I have to allow for this. If I circle the informational wagons and fire verbal arrows in response rather than engaging and learning, I lose. A culture of truth loses.

First, be appropriately skeptical. It pains me to say that we have become too credulous. I don't mean to promote a cynicism about truth; I do, however, wish to promote a healthy skepticism in a culture of alternative facts. As much as is possible, we want to avoid defending something wrong.

There are times we probably can't avoid this - our education has failed us, our news sources are biased, the authority figures we trust are misinformed. This is why we make claims humbly even while we speak boldly. However, there are plenty of times and ways in which we can (and should) hold tightly to the facts we have found. Let's just be discerning enough to know the difference.

Second, part of protecting truth includes boldly defend it. When we find truth, we should fight for it. We shouldn't be jerks, of course (we will get to that later), but with dignity, passion and grace, we should take a stand for what is true.

There is a biblical proverb that notes how words rightly spoken are like apples of gold in pitchers of silver (Proverbs 25:11). Be gracious. As much as is possible, live at peace with others. There will come a point where truth may offend. That will be hard enough; let's not make it harder by obscuring truth behind a fog of idiocy. Let's not sully truth with insults, swearing, name-calling, and speculation about someone's ancestry or IQ; let's not create straw man arguments to knock down with arrogance; let's not merely make it our goal to win an argument. Let's not ARGUE IN ALL CAPS, yelling like children, stamping our feet and demanding to be right. Let's speak truth with grace and humility.

If my verbal opponent's final claim is, "Well, you're wrong," I can work with that. I already knew we disagreed. If their final salvo is, "You are a illogical, pompous jerk,"then I lost that conversation, damaged my reputation, and harmed the community's conversational quest for truth.

Do some people apply the "illogical, pompous jerk" comment unfairly? Sure. But if they do, I submit my conversations to my friends and ask them if the criticism is valid. If they are real friends, they will be honest. Sometimes my friends have defended me; other times they have not. I can learn and grow from those moments. I must, if I wish to honor the beauty of truth.

This point is specifically for those who, like me, claim allegiance to Jesus Christ. This is why all the other ones matter. Why would anyone listen to us Christians talk about the truth of Jesus if we have compromised our commitment to truth in other areas?

We must earn the right to be taken seriously as pursuers of truth and as followers of Jesus, and it begins with a personal commitment and a public witness that values truth and grace, honesty and compassion, boldness and love.
Posted by Anthony at 2:34 PM