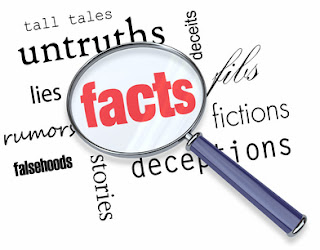 There are approximately 250 million adults in America. A Harvard study claims that a third of Americans legally own guns. That’s over 80 million people who own guns (USA Today cites a study that says its 55 million).  80 million is in line with most of the stats I've seen. If you factor in how many gun owners live in households, a lot more people have ready access to a gun.

According to everytownresearch.org, guns are responsible for the following things every year in the United States:
80 million gun owners, here's the percentage of lawful gun owners involved in crimes:
This also assumes all gun crimes were committed by people who bought those guns, but that would be a bad assumption. "During the ATF's Youth Crime Gun Interdiction Initiative (YCGII), which involved expanded tracing of firearms recovered by law enforcement agencies, only 18% of guns used criminally that were recovered in 1998 were in possession of the original owner." Many of those were stolen or purchased illegally. Other studies have shown that only 3% - 11% of guns used in crimes were acquired legally. The University of Pittsburgh says that 20% of all gun crimes are committed by lawful gun owners.

There are some other important factors worth considering since they are unavoidable realities.
I note the first factor to make clear that legal gun owners may not be as clean as the raw statistics suggest, but it's a part of the discussion that is hard to quantify with certainty. I note last two factors only to show that if you are not in a gang or running with known criminals, your odds of being shot drop significantly.

In a fivethirtyeight article entitled, “The Mass Shooting Fix,” the authors’ conclusion as they look at how Western nations have responded to mass shootings is that there seems to be no verifiable impact after changing gun availability and increasing restrictions (though it’s possible there has been an impact in ways that are tough to measure). Even those who think Australia's laws should influence ours aren't entirely sure how much impact they had. You will see in the concluding section of this post that there are ways in which regulation can make a country safer generally speaking (having no access to automatic or semi-automatic would make a difference in cases like the Las Vegas shooting), but mass shootings (four or more are killed) committed by unstable and perhaps mentally ill people seem to be an anomaly that is hard to stop. This is not good news, but there it is.

Many have cited an apparently fatal link between guns and suicide. Even Fox News, whose audience would generally be pro-gun ownership, claims there is a three-fold jump in risk.  Israel managed to lower adolescent suicides by decreasing access to guns, suggesting that regulations and risk correlate. The National Academies’ Firearms and Violence report concluded, as of 2004, that “some gun control policies may reduce the number of gun suicides, but they have not yet been shown to reduce the overall risk of suicide in any population.”

Mark Antonio Wright at National Review challenges the connection between guns and suicides . He looked at popular studies in several nations and concluding there is an overhyped correlation between gun availability and suicide. The New York Times has pointed out that while suicide in the U.S. is climbing, the percentage of times guns are used is dropping. Psychology Today notes:

So if I take Israel's success combined with the other information, it seems that more restrictions could have a positive impact on youth who can access an adult's firearms, but otherwise there seems to be no real statical correlation, or at least not one that is indisputable.

The Washington Post claims there is “zero correlation between state homicide rate and state gun laws.” In addition, even when solutions are proposed, they often have a cost/benefit analysis that raise questions about the true nature of the benefit.

That's an unfairly grim conclusion. Science Alert points to an Oxford project that looked at 130 studies in 10 countries over 60 years. Here are the highlights of their conclusion:

“The simultaneous implementation of laws targeting multiple elements of firearms regulations reduced firearm-related deaths in certain countries; 2) some specific restrictions on purchase, access, and use of firearms are associated with reductions in firearm deaths; 3) challenges in ecological design and the execution of studies limit the confidence in study findings and the conclusions that can be derived from them...

Studies from Canada, New Zealand, and Australia (at least for the first post-NFA years) show that observed reductions in firearm suicides, after the implementation of these laws, were compensated by substitution methods that resulted in no significant changes in overall suicide rates…There is also compelling evidence of specific laws being associated with reductions in the rate of firearm deaths. Studies on background checks suggest that the quality of systems used to review applicants, in terms of the access to local and federal information on mental health conditions and criminal and domestic violence history, is a critical component of these laws…

In addition, most studies show that relaxing firearm restrictions, as in the case of “stand your ground” laws or the repealing of existing permit laws, may increase the rate of firearm homicides…”

An article in the New Yorker offers a summary that aligns pretty closely with what I’ve been reading as realistic and provably impactful ways to lessen gun violence:

“First, fix the background-check system by doing small things such as giving the F.B.I. ten days, instead of three, to complete them; prohibiting “high-risk” individuals from getting their hands on guns (anyone with a restraining order filed against him for a threat of violence, for example); and accelerating federal legislation to keep the violent and mentally ill from having guns.

Second, make the A.T.F. more effective through such simple measures as getting the agency a director.

Fourth, ban assault weapons, carefully defined, and with them magazines that fire more than ten rounds.

And finally—radical idea—fund research on what actually works to end gun violence.”

There are a lot of good ideas out there that strike a middle ground. Reverb Press has some interesting ideas about licensing and purchasing guns, as well of how to track ammunition.  Craig R. Whitney, author of “Living With Guns: A Liberal’s Case for the Second Amendment,” offers “A Way Out of the Gun Stalemate” in The New York Times. The Conversation has a great article on addressing “the supply chain of guns to crime.” Bottom line: It’s a lack of keeping a tight reign on their weapons on behalf of the owners, and a lack of due diligence or outright attempts to circumvent the law by certain gun sellers. Fortunately, there aren't that many:

“Past research has demonstrated that a small fraction of gun dealers are responsible for the majority of guns used in crimes in the United States. A 2000 report from the Bureau of Alcohol, Tobacco and Firearms found that in 1998, more than 85 percent of gun dealers had no guns used in crimes trace back to them. By contrast, 1 percent of dealers accounted for nearly 6 in 10 crime gun traces that year.”

The Daily Kos offers “Tough, Fair, and Sensible Gun Laws that Everyone Will Hate.” That’s probably a fair title. If nothing else, it's a great discussion starter with some ideas that are worth taking seriously.

Last but not least, I think it's time we start having a more frank discussion about how guns are portrayed in entertainment. Dan Romer, a psychologist at the Annenberg Public Policy Center, has noted (and I think correctly), "There is evidence that tobacco in movies gets kids to smoke, and that drinking gets kids to drink. So what does gun violence get kids to do?” I don't think there is evidence that entertainment makes people do things, but there is ample evidence that it inclines people in directions they were already considering. This needs to be part of the discussion.
Posted by Anthony at 11:52 AM