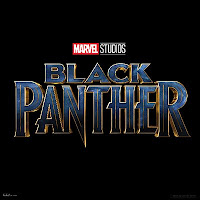 1. T’Challa is a man of honor. He’s kind, measured and just. He seeks peace, but he’s not afraid to fight for what is right. He honors both the men and women in his life, and he remains hopeful even on the darkest of days. His father says to him, “You are a good man, with a good heart. And it's hard for a good man to be a king.” Indeed. T’Challa’s goodness will indeed be tested as the movie unfolds.

2. Killmonger’s the antagonist not because he’s wrong about Wakanda’s isolationism, but because he wants to get revenge rather than establish justice. There is every reason for Wakanda to use its power to liberate the oppressed; there is no good reason to burn the world.

3. The movie simultaneously honored the African history, culture and religion embodied in Wakanda while not glossing over some problems in the culture.


4. I liked how the characters and the audience have to wrestle with questions of allegiance. What does loyalty to one’s country (or in this case, throne) mean? Does whoever sits on the throne (or in the White House) deserves our unwavering allegiance? Or does love of country at times allow or perhaps even demand that honoring the throne means challenging the person on it? I’m pretty sure this was a not-so-subtle commentary on the Trump presidency, but don’t get distracted. It’s a great question. What does genuine love of country look like?

5. There is another obvious correlation to current events in the movie; specifically, the refugee question. W’Kabi says, “You let the refugees in, you let in all their problems.” That’s true, but….what if Wakanda is the best place to help them solve their problems? Is there an obligation for the haves to help the have nots, even if it is costly and uncomfortable?  In this sense, I think Wakanda was meant to be America, the 1% of the world, the place best situated to address the needs of those fleeing lives of desperate poverty or imminent violence. The tension is there: it will change Wakanda, but doing nothing is not a good option.

6. This was a strikingly pro-family movie. Killmonger’s rage festered in the absence of the adult males in his family, men whom boys desperately need to be present in their lives. Here are the stats for children living in single family homes: Asian Americans and Pacific Islanders (17%); Non-Hispanic whites (25%); Hispanics (42%); American Indian and Native Alaskans (53%); Non-Hispanic blacks (67%).  In 80% of them, it is the fathers who are gone. If the article at The Root is correct, studies show that children in households without fathers face significant  and sobering hurdles.

This does not mean, of course, that all children raised in single parent families are destined to struggle in all the ways statistical analysis reveals. Our history is not our destiny. And if children do struggle, it is certainly unfair to assume it is a reflection of the parent who is raising them. But by highlighting the generational impact that follows the loss of a father (and in this case, the grandfathers as well), Black Panther highlights the value of fathers and the importance of families.

T'cholla's final speech to the Marvel universe is a good one for us as well:


“We will work to be an example of how we, as brothers and sisters on this earth, should treat each other. Now, more than ever, the illusions of division threaten our very existence. We all know the truth: more connects us than separates us. But in times of crisis the wise build bridges, while the foolish build barriers. We must find a way to look after one another, as if we were one single tribe.”

* Some Christian reviewers have noted that the religious ceremonies in this movie might be troubling to Christians. Here are some reviews addressing that issue if you are interested. The movie hints that their spiritual experiences can be traced back to vibranium, which makes me wonder if the filmmakers weren't trying to give a scientific explanation to the mystical elements in the movie, much like the magic of Dr. Strange is grounded in inter dimensional theory.