Candidates of Virtue or Vice? (Trump and Clinton Through The Lenses Of Ethical Theory) 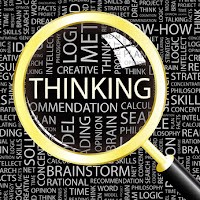 I don’t think there is a one-size-fits-all approach. This is the kind of election where the oft repeated mandate to ‘vote your conscience’ carries more truth – and weight – than perhaps ever before. In the interest of providing a way to think through this choice, I will offer a series of posts that cover various ethical theories that can be applied as one prepares for this year's election. I am convinced that no one ethical theory does justice to the complexity of our world; nonetheless, I hope the process of viewing life through several different ethical lenses will bring increasing clarity.

I will begin with one of the oldest: virtue ethics. The basic claim is simply that a person ought to be virtuous.

Aristotle used the word arête to describe virtue (some say 'valor'). It carries the idea of being the best you can be or reaching your highest potential. Plato associated it with moral excellence; Aristotle connected it with purpose which was found when people used their reason, since reason is the proper function of humans.

We are not born with it; it must be pursued. Arête values education, training and role models, since those of us who are not naturally virtuous can learn how to at least do good if we observe those who are good and patiently commit ourselves to developing their virtue.

When people use arête as a disposition and not merely as a function, they will be participating in eudaimonia, which is happiness, well-being, or flourishing (depending on the translation). The happiness is not a simple acknowledgment that one feels good. It is a morally grounded, value-laden sort of happiness that one ought to have. It is the state that accompanies arête.

For example, truly honest people are not honest because they want applause or simply want to feel good.  Their virtues are deeply rooted within them, and they actively seek the virtues because they are good in themselves. They behave honestly because it is part of eudaimonia.

Aristotle claimed that living virtuously needed to be linked with phronesis, or ‘practical wisdom.’ Honest people can lie if they have good justification (to save their life, for example). That’s the wise thing to do. Generous people can withhold money if giving it will enable a vice. Exercising a good virtue (such as honesty, generosity or kindness) might not make a person virtuous depending on the circumstance. Thus the need for phronesis to accompany eudaimonia.

The formation of our character requires us to make a rational choice to develop virtues. The goal is to have virtues so deeply lodged in you are characterized by ‘well-being.’ This natural outflow of one’s life is then paired with wisdom as needed in order to navigate difficult situations. There are three criteria for virtuous actions:

(I found this handy image here)

So, here is the first set of question as you consider your vote:

Up next: Deontological (duty-based) ethics...