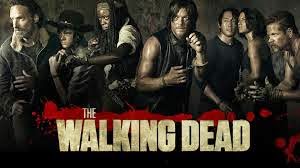 "We can walk away, and we will never cross paths again! I promise you!"
"But you'll cross someone's path." - Rick to Gareth, right before he kills him.


"We were trying to do something good. We were being human beings."
"What are we now, Gareth?"

"The living will have this world again." - Abraham

"Nightmares end. They shouldn't end who you are." - Bob

5) One of the more disturbing aspects of The Walking Dead has been the way in which the audience seems to revel in the violence. "No Sanctuary" offered perhaps the most disturbing scene I have ever seen on cable TV - until Noah met his doom in another shockingly graphic ending near the end of the season. However, the online response to Noah's demise was immediate and unhappy. It turns out that gore ceases to entertain when it effects someone about whom we care. Sometimes, the best thing the camera can do is look away. The bad news is that we apparently need to personally feel the impact of horrific things before we react appropriately. The good news is that at least we still do.

Who Are We? (Reflections on The Walking Dead, Season 4)
When Humans Lose Their Humanity: "No Sanctuary" and the Real Horror of Terminus
"Life Is Always A Test": What The Stumbling Living Can Learn From The Walking Dead
Leviathans and Zombies: Social Contracts and The Walking Dead
Absurd Heroism: Camus and the real Walking Dead
Much Undead Ado About Nothing
Desperate Human Beings
Deconstructing Humans
The Zombie Thread: Extinction Event Ethics
How Do You Solve a Problem Like A Zombie?
Walking Bad: Zombies, Meth, and Mesmerizing Nihilism

Email ThisBlogThis!Share to TwitterShare to FacebookShare to Pinterest
Labels: Season 5, The Walking Dead