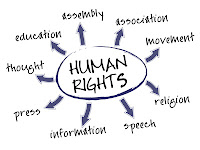 All rights require restraint.  When one does not exercise a civilized self-control, the community pays the price. The recent "found footage"  of Project X provides a great example.  The movie makers used the Kravitzian "right" to say exactly what they felt, with the following result:


Meredith Borders: "I simply don't believe that a screenwriter can write a film that uses the word 'bitch' that frequently - said by protagonists whom we are surely meant to support - without being culpable for that sentiment at least in part. Bacall, Drake, Nourizadeh and of course producer Todd Phillips are all responsible for the message in Project X, and the message is execrable."

'Project X' Parties: Houston Student Dies After Copycat Event: "A spring break party inspired by the over-the-top one thrown in the movie Project X has resulted in the death of a Houston teenager. GMA is reporting that several people fired guns, killing one person as police tried to break up the party. The unidentified male victim suffered multiple gunshot wounds and died at a nearby Hospital, police told ABCNews.com. A string of copycat parties inspired by the out-of-control rave in Project X have caused over $100,000 in real damage and a handfuls of arrests, but this is the first that turned deadly."

'Project X' Copycat Revelers Allegedly Wreck $500,000 Home: "It didn't take long before the carnage in the hit house-party movie Project X spilled onto the real real estate market.Thirteen teenagers are being questioned for their possible involvement in a wild house party that will cost the builder nearly $100,000 in repairs, reports KHOU in Houston, Texas.'It's devastating. This is a new home that was ready to sell,' said private investigator Mark Stephens, who was hired by the homebuilder to observe the property. Stephens estimates the home to be worth $500,000. A tour of the once pristine, 4,000-square-foot-home today reveals gaping holes in the walls, heaps of broken glass and liquor bottles strewn across the property."

Houston 'Project X' Party Ends In Gunfire: 1 Dead At Rave Emulating New Movie: "Project X-inspired parties began surfacing following the release of the trailer for the 2012 movie. In the film, three high school students attempt to throw a legendary house party to win popularity, only to watch the night spiral out of control. A similar Houston party destroyed a $500,000 home and part-goers in Miami severely damaged a foreclosed home."

When people lose sight of the boundary markers inside of which a civilization flourishes, we are in trouble.  Not only will the community suffer, but -  if we are not careful - we will most likely abdicate the power of imposed restraint to others because we could not restrain ourselves.  I don't think censorship will be forced on us by moral crusaders; I think it will be necessitated by unrestrained, self-expressive, free speech exhibitionists who cry "Freedom!" while destroying societal stability. 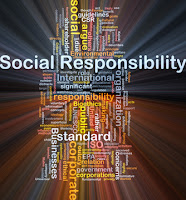 We talk about human rights abuses in reference to the people who suffer, and rightly so.  But we rarely talk about what will happen when the selfish and unrestrained continually abuse the right itself.  One day we will all wonder what happened to our freedom of speech, when in reality we payed good money to be entertained as we watched it erode in front of us.


I wonder how long it will be before our inability to understand responsibilities, exercise self-restraint, and live in the context of community will result in the loss of our rights we value so highly.  If  we do not clarify and embrace the responsibilities that come with rights,  I'm afraid our societal center will not hold.  And so we slouch towards Project X, never wondering what will happen when we get to the end of the road we are paving so relentlessly, but speaking our mind about what we feel every step of the way.

Responsibility without rights is slavery, but rights without responsibilities is chaos.
Posted by Anthony at 8:30 PM