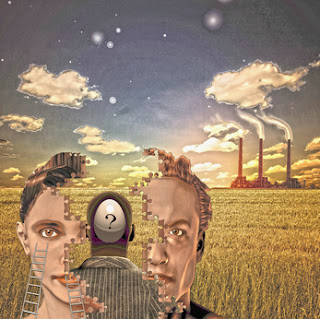 All of these things have their place, of course, but not as replacement background institutions which guide and shape every area of life. Based on my past 15 years of working with youth as a pastor and teacher, I believe there are three huge background shifts effecting American culture.
1) View of Authority.

For most of American history, people were taught a background respect for authority accompanied by a willingness to listen and learn even if the authority figure was wrong.  No one is perfect, of course.  Some parents and authority figures were bad people, and some authoritative institutions were wrong (I'm talking to you, Salem, slavery, and Nixon). But the background expectation was one of respect even if one disagreed.

Not any more.  Attitudes and response to authority have moved to the foreground.  Today people freely choose who deserves their respect, and it shows in their language, attitude, and posts on Facebook. Perhaps we have a keener sense of justice and truth.  I doubt it. We do, however, have a keener sense of entitlement and flourishing self-esteem.

The best authority is now the self.  That's the new background.

2) View of marriage and sex.

Not so long ago, the background of sex was abstinence, then faithfulness in a marriage that lasted for life.  Once again, this did not occur in a perfect world.  Plenty of people were judgmental when a young lady got pregnant outside of marriage; many more were mean.  Too many people endured marriages that robbed them of dignity and hope. This background stability did, however, bring social stability. People made a particular set of choices within the framework of these expectation.

Obviously, this has changed. Sex of almost any kind is a right; abstinence is repression, marriage is freely chosen institution that can be freely dissolved. A bacchanalian foreground has become the new background, and with it has come a ripple effect as committed marriage relationships have been ignored, dismissed or vilified.

The best sex is now free of commitment, and the best family is expected to fail. That's the new background.
3) View of Religion.

In the early 1700's, approximately 80% of Americans attended church. There  was a background of faith, social connection, and accompanying social norms that almost all of society experienced.  Now, attendance is at about 40%. For teens, the average today is 38%.  After college, 65% of them will stop attending.  Attendance at church - and the faith that fuels it - is foreground now.

Religion and its accompanying institutions are now unnecessary. That's the new background.

I've been catching up on a lot of teen literature and entertainment lately, and while all three elements are often present, the most consistent of these three shifts involves religion.  In looking at Harry Potter, Twilight, The Hunger Games, the Graceling Realm, The Wolves of Mercy Falls,  Divergent, and the Avengers movie, I see no presence of religious rituals except in Divergent.  In fact, the only mention of God is to swear by him in The Wolves of Mercy Falls and give him a passing line in the Avengers (which also notes that earth will never bow to any god). It's not as if YA literature and film is unusual. Even some of the most popular adult shows (such as Men of A Certain Age or Lee Child's series of books starring Jack Reacher) tend to confirm the shift on all three points.

Gehlen noted at one point: "A society consisting of foreground only, with every issue a matter of individual choice, couldn’t sustain itself for any length of time; it would lapse into chaos….” I hope that he was not prescient.  I fear that he was.