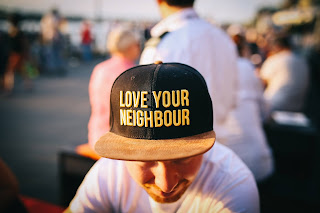 God rolled out a vision for a just society through biblical revelation, starting with the Israelites in the Old Testament and moving into the church in the New Testament. Being the people of God was not just a personal covenant; it was a corporate commitment. A just society reflects just people who image a just God. And the foundation built in the Old Testament era found eager builders in the New Testament to continue the work God started.

As a Christian, I see a lot of issues to which the Bible speaks. Justice is many splendored thing, and while some of issues will be more prominent in the minds of Christians than others - and should be - all of them are worth considering.  Justice remains a deeply biblical issue, and it deserves our attention. Even if our culture pushes the conversation in a way that undermines the biblical roots of justice, the people of Empire didn't start the discussion. The people of the Kingdom did.

“Biblical justice… refers to very practical, down-to-earth actions which ensure that the weak, the poor and the socially disadvantaged are cared for, whether they ‘deserve’ it or not… Biblical justice… ensure[s] that the weak are protected from abuse, that the poor have what they need, that the stranger in the land is shown hospitality and that the socially disadvantaged are cared for. Even when this means giving them what they do not ‘deserve’… Justice is often interpreted in terms of seeking rights for oneself or one’s own group (‘we demand justice’) when biblically it is really an action on behalf of others… ‘Justice’ is not for ‘just me’. This means that Christians will be more keen to protect others than themselves.“

Justice, then "most simply, means putting things right again — ﬁxing, repairing, and restoring broken relationships…That should be our justice lens for viewing any society — looking at what’s wrong and ﬁguring out how to make it right. Justice is as basic as that.”


When God sent Jonah to Ninevah, he didn't send Jonah to convert the people to Yahweh. God sent him to tell them destruction was coming if they didn't stop being violent. They stopped. There is no indication a revival swept the city. God was apparently content to send a prophet simply to stop a pagan people from committing injustice.
Will changing the machinations of culture change the hearts of people? Not necessarily. But it will change what they can with their hands. It will protect innocent  people from those whose hearts are full of darkness.
That, too, is important in the eyes of God.